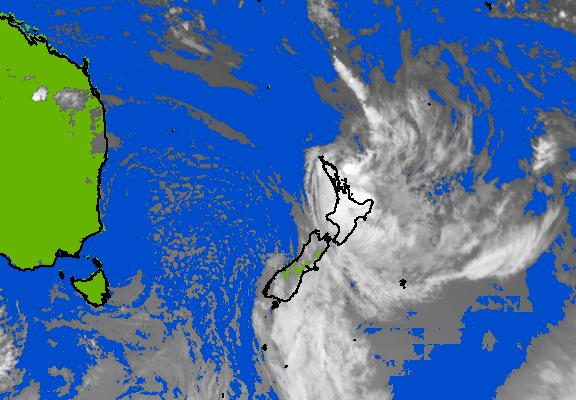 As the floodwaters left in the devastating trail of Cyclone Wilma subsided yesterday, so the tales of heroism and helping emerged.

New Zealanders – many facing clear-ups of their own – came together to help those affected worse than themselves.

Others paid tribute to those they said saved their lives. The tropical storm tore a destructive path across the upper North Island, with emergency services stretched to breaking point during 18 hours of mayhem.

Towns in Northland, the Coromandel and Bay of Plenty were cut off as 2 months of rain fell in 12 hours in some places.

The wild weather washed away houses, cars, and profits for campsite owners and holiday parks on one of their busiest weekends of the year. But as the clean-up operation got underway, stories of selfless assistance began to be told.

He moved them to higher ground before the River Waitangi burst its banks, submerging sites where their tents and vehicles had been.

In Pipiwai, northwest of Whangarei, farmers Duncan Macky and Jock Finlayson attempted to rescue neighbours clinging to trees to escape rising water while another neighbour, Melvin Dignos, offered encouragement through the night.

The six-month-old cattle were “swimming past” their house, said Leask’s partner Michelle Bryant.

The water was up to “neck height” and some of the calves were standing on grapevines to stay above water. Leask and his father put on wetsuits and jumped in and saved them.

In the cutoff Auckland suburb of Clevedon yesterday, a doctor paddled across floodwaters in a kayak to reach a woman on the verge of giving birth.

All roads out were blocked and the woman could not get to hospital. The Westpac Rescue Helicopter eventually airlifted her to Middlemore’s maternity ward where she gave birth later in the day.

And at Onetangi on Waiheke Island, Roxy the Spanish water dog was credited with saving two friends staying in a holiday home. She woke her owner Shirley Harris early yesterday – moments before the house plunged down a bank and into the sea.

Volunteers pitched in at welfare shelters set up to house at least 70 people. Police and firefighters had to use boats to rescue trapped residents in some areas.

The cyclone continued to make its impact felt as it moved south and east, across Auckland, the Hauraki Gulf, Coromandel and Bay of Plenty.

Houses on Waiheke Island and Stanmore Bay, on the Whangaparaoa peninsula, were swept away in landslides.

Heavy rain caused sewage to spill into the water of some of Auckland’s most popular beaches, with the council warning swimmers not to bathe at Mission Bay, Kohimarama, St Heliers until bacteria levels had subsided.

A van driving along Auckland’s Northwestern Motorway crashed into the roadside bank yesterday afternoon after swerving to avoid a fallen tree.

The two occupants had minor injuries.

At Waihi Beach about 40 holidaymakers spent Friday night on the floor of the local fire station after being evacuated from the Waihi Beach Top Ten Holiday Park.

Waihi Beach chief fire officer Ian Smith, who also owns the park, said floodwaters were threatening the park about 2.30am and he decided to evacuate eight units.

A sewage treatment station at Awarua Point, Whangamata, malfunctioned due to heavy rain, with raw sewage flowing through properties and a reserve into the harbour.

The Waipuna Hospice, 5km west of Tauranga, was evacuated after rising levels of the Wairoa River swamped staff cars and threatened the building’s transformer.

The chaos caused misery for holidaymakers. Roads were washed out in Moerewa, Kawakawa, Haruru Falls, Paihia, Opua and Kaeo with extensive slips across Northland.

State Highway 1 between Kawakawa and Moerewa was closed last night with no word on when it may reopen.

There were big delays for motorists heading north from Auckland for the anniversary weekend yesterday, with State Highway 1 closed at the Dome Valley for much of the day.

One lane reopened last night but motorists were advised to follow diversions along State Highway 16.

Whangarei District Council spokeswoman Ann Midson said road surfaces were damaged, many trees had fallen, there were slips and washouts and roads were slippery with clay and gravel. “Damage is at least as severe as that caused during the 2007 storms,” she said.

Auckland Transport spokesman Wally Thomas said there had been more than 20 slips on Matakana Valley Rd in Rodney and it could be days before it was reopened to anyone other than residents.

Traffic troubles took a personal toll on Kawakawa woman Phyl Tipene. She had to postpone her wedding at Motatau Marae yesterday because many guests were unable to reach the venue.

The Coromandel resort towns of Whangamata and Pauanui were cut off for most of yesterday, frustrating holidaymakers trying to escape the wild weather.

The Bay of Plenty township of Taneatua, 13km south of Whakatane, was cut off by rising rivers last night.

SH35 east of Opotiki was also closed as high seas washed over the road at Hawai, Te Kaha and Waihau Bay.

Many returned early from holidays on Friday or cancelled plans entirely to escape a wet, miserable weekend.

Pakiri Beach Holiday park 90km north of Auckland was forced to refund 105 bookings for the long weekend after the campsite had been transformed into a “swamp”.

The deluge rounded out one of the wettest Januarys on record, with Niwa scientists recording this January’s rainfall as highest in more than 20 years.

Don’t pack away the brollies yet – more rain is expected to lash the North Island over the coming days. Drizzly showers will set in over the west of the island tomorrow. Tuesday is mainly fine with a few showers in Northland. Wednesday will be wet for most of the island, except Hawke’s Bay and Gisborne.

The Metservice’s online weather warning system appeared to fail on Friday night, with no updates on Cyclone Wilma’s progress for about an hour.

Weather enthusiasts took to the internet to vent their frustrations.

At 10.40pm, Brian Hamilton wrote: “Does M/S realise that they have no warnings for the last 40 minutes now? Did someone hit the delete button? The cleaner maybe?”

Reissues of previous warnings came on an hour later.