Home > News > Why are the Greens/Labour so silent on C...

Why are the Greens/Labour so silent on Climate Change via our Government Agencies? It’s all about $ 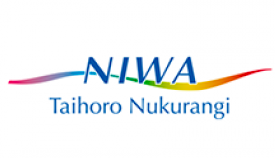 These days NIWA rarely talks climate change and the Greens/Labour rarely quote them. NZ has 3 commercial Govt forecasters – none focus on Climate.

A big part of my life (until last election) I voted Greens in my mix of politics. I’ve been mocked by some for doing so. But I passionately believe at least some part of my vote needs to focus on my country, my climate, the planet I share with 7 billion people (so far).

Yet the Greens/Labour are just more Politicians. Copy and paste.

Which brings me to my point: NIWA in 2013 shifted from a primary focus of Climate Change and Atmospheric Research, to mostly a Commercial WEATHER focus in news media these days to take on another Government agency we all also tax fund – MetService.

It’s truly Government vs Government. Tax payer funding a fight against another tax payer – all to make more tax made profit (your money) for Minister Woods (not her money) to spend (her admission – not ours).

NIWA (bigger agency we all tax fund) vs MetService (smaller older agency). They battle it out for weather news headlines – Climate has definitely now taken a backseat in NZ – profit matters more according to Minister Megan Woods.

In this battle it’s all about the almighty weather dollar within Government power structures. “Climate” has definitely now taken a back seat in New Zealand politics with NIWA now in the news to take on MetService for commercial weather instead. Minister Megan Woods is overworked – her own senior assistant admitted to us she has too much on her plate right now to focus on this issue we’re raising as she has so many things to focus on. (in the private sector that’s called poor management though).

Prior to 2012 NIWA Scientists *painstakingly* went out of their way to clearly paint a difference between Climate Science and Daily Weather. But in 2019 NIWA is 90% in the news to win commercial business against MetService just in WEATHER….just in weather. No Climate – weather news headlines. Weather news Tweets. Weather news from NIWA!

The NZ Government and The Greens/Labour need to care more about this commercial problem that exists under their watch as it’s weakening their own message. Labour accused (Well, Labour’s Clare Curran) the last Government for being poorly focused on weather – yet this Government has now doubled down on the previous Government: Profits for Megan Woods to waste/spend DEFINITELY comes before investment into more accuracy and accountability in weather. It seems only WeatherWatch.co.nz is focused on that.

NIWA – a Government Agency you tax fund – No longer engages on *any* level with private forecasters about Climate Change. They compete against us now because we dare to be a private company focusing on weather. NIWA is *supposed* to be a Crown Research Institute – not an aggressive commercial business but Megan Woods has said she wants them to make a profit so she can spend it – she isn’t interested in quality or accuracy.

NIWA CEO John Morgan said in 2012 it’s time to take on our own Government, MetService – to compete with them. We know this because Mr Morgan told WeatherWatch.co.nz that he personally has an aggressive commercial streak to take on MetService (he told us this in a 2013 meeting at NIWA head office in Auckland). Yet the Greens and especially the Minister (Megan Woods – “monopolies are good for NZ” “I want to spend their money”) don’t care about this growing problem – in fact Minister Woods says this isn’t even happening (she told us that in a meeting in October last year – she said NIWA does not compete with MetService – but we can all see that they are competing, in fact even school kids can see it by just using this thing called “Google”).

If the Greens/Labour really care about Climate – they should Care about this. NZ should not have commercial agencies hating on private forecasters like WeatherWatch for trying to share data to help their cause – they should be engaging with us, like they do in EVERY OTHER SINGLE western country on earth but ours. Instead, we match Russia, China and Cuba – As Minister Megan Woods basically says, ‘nothing to see here WeatherWatch, i need to spend NZers tax money, and quickly!’.