What the Autumn weather pattern really means for NZ 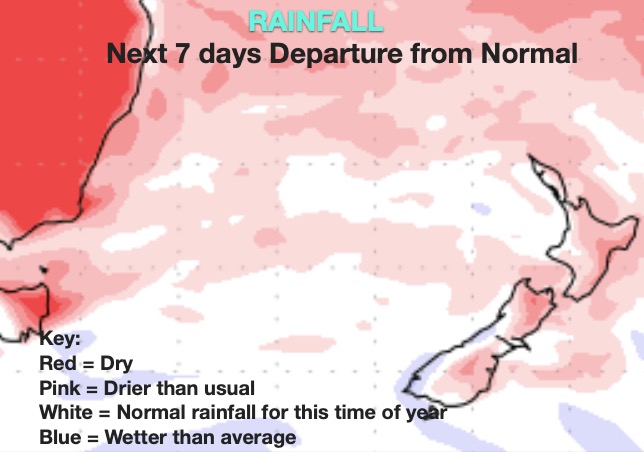 Autumn weather has been slow coming this year but it’s starting to look more Autumnal now with windy westerlies dominating more often and showers more so in the forecast.

Autumn is all about summer fading away slowly and hints of winter coming in.

This coming Monday we’ll get one of those wintry hints, with a west to south west change in the South Island that will see temperatures drop particularly for Southland, the West Coast and Otago.

Some places in the south of the South Island on Monday and Tuesday will have single digit daytime highs with snow on the ranges!

But Autumn isn’t Winter. So therefore there will still be plenty of mild days, especially for those in the north and east of both islands. The windier westerly flow we get in Autumn tends to push temperatures up a little in the east and drive down rainfall in the east too.

The brief wintry change next week will move up NZ, mostly impacting the South Island and lower North Island. Christchurch, for example, goes from a daytime high around 20C this Friday to a high of 12C next Tuesday.

Wellington goes from highs of around 18C at the moment to 14C next Tuesday.

But Auckland, further north from the colder air, is barely impacted with highs dipping only a degree or two next week for just one brief day.

Autumn’s set up means cold snaps are short lived, usually blown away fast by the windy westerlies. This set up is not good for those in the east of both islands that need rain. In fact, rainfall totals over the next 7 days are below normal in most parts of NZ, except some parts of the West Coast.

A powerful high from Australia is likely to drift our way next week, following the colder start to the week. This will mean west to south west winds will dominate NZ from this weekend to about next weekend – when things should calm down with high pressure moving in from the west.

May will also see more ups and downs with April’s weather pattern likely to continue on in the weeks ahead.

Shut up and stop complaining, at least WeatherWatch was more accurate than government funded metservice…

Well none of your comments are ever positive, you kept complaining last year. Keep in mind that this is a free service – yet it’s the most accurate. Simply be more grateful.