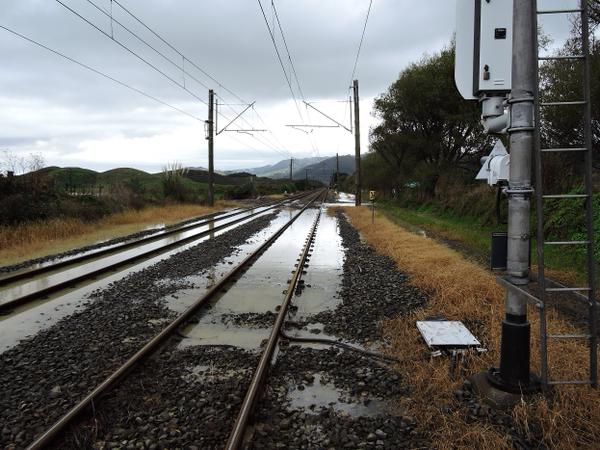 Updated 6:13pm — From politicians to the public, we’ve had a whole series of posts to our social networking and news site today at WeatherWatch.co.nz about the Wellington region’s heavy rain and flooding – so we wanted to share them with you.

There’s a lot of water in that there river! Taken just under the Silverstream rail bridge. pic.twitter.com/yep9roMKUk

Trying to find a way to get their horses out of flooded paddocks and out harms way. Paekakariki pic.twitter.com/eaAQrsyiTc

Where the washout was today, was right over top of rails earlier on pic.twitter.com/bH0Cj4CqAc 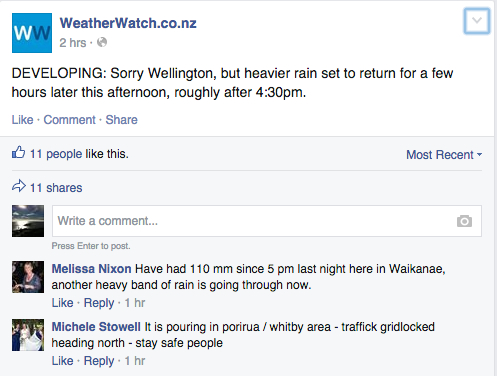