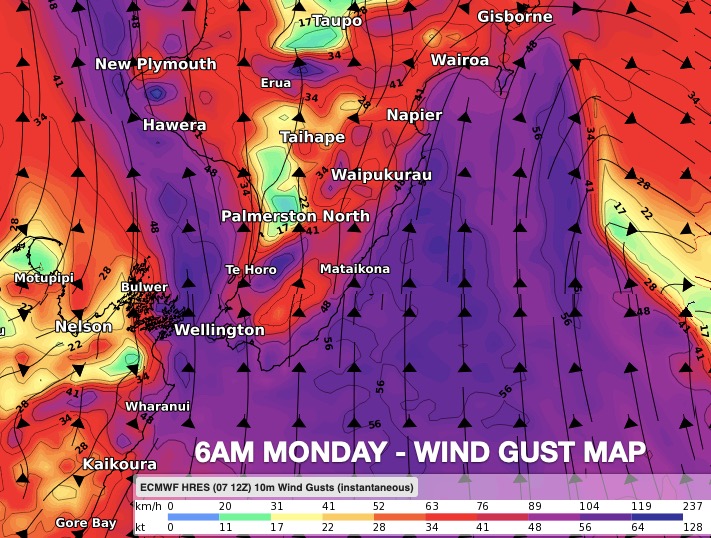 The cold and snow flurries are one thing, severe gales and big waves are another. Tonight Wellington and Wairarapa’s coastline will be exposed to damaging southerlies which will help push up wave heights, into the zone where it may be problematic in places at high tide.

Some waves may come over roads, especially in Wellington, bringing with it sand, driftwood and rocks. Wave heights are estimated to be between 4 and 6 metres with gale force southerlies gusting 120km/h at sea level and potentially over 140km/h higher up.

These very strong winds will then slide up the eastern North Island into coastal Hawke’s Bay (especially Mahia Peninsula and at the other end of the region on the coastline from Ocean Bay southwards to Wairarapa) as we go through Monday and Monday night.

Waves and winds at this threshold are on the margins for inundation in low lying areas at high tide, which can impact coastal roads, homes and property.