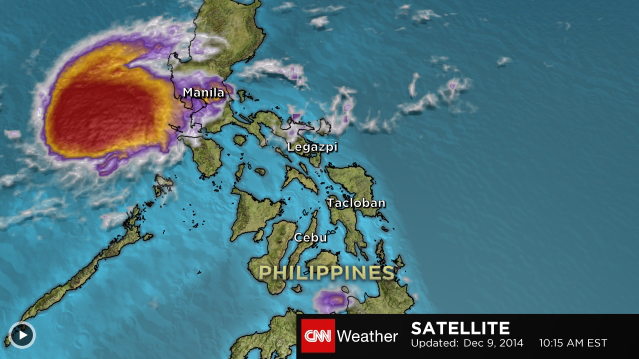 What a week! We’ve had storms in Australia, the Philippines, global warming and droughts – to top it all off.

We started the week across the Tasman, with emergency crews called in from the regions around Sydney as a week of extreme weather prompted the calling in of emergency services.
The SES received more than 1200 calls overnight on Monday, with more than 730 jobs generated by the State Emergency Services on Monday.
The worst hit areas were Ku-ring-gai, Hornsby, Warringah, Camden and Hawkesbury.

We followed the situation in the Philippines this week, as Typhoon Hagupit made landfall – the latest extreme weather event in the South Pacific.
The typhoon made landfall in the Philippines late Saturday night.
It made a second landfall Sunday morning over the city of Cataingan on the island of Masbate; and the typhoon’s center passed within 20 km (12 miles) of Masbate City at 2 p.m. local time Sunday.
A 78-mph peak sustained wind was clocked at Guiuan, at the southern tip of Eastern Samar Saturday night.
Bands of heavy rain lashed Samar and Leyte, including Tacloban City Saturday night.
There have been no reported fatalities in Tacloban, where thousands died during Super Typhoon Haiyan (Yolanda) just 13 months ago.
At least 27 people were killed in the storm, the head of Philippines Red Cross, Richard Gordon, told CNNI’s Michael Holmes.

The New Zealand government was warned this week that it may cost as much as 52 billion dollars for New Zealand to meet its carbon emissions targets next year.
Sustainability Council executive director Simon Terry says the figures are a sobering wake-up call.

Across the tasman, cattle producers in the Northern Territory were told this week they can now apply for an Australian Government drought concessional loan.
Federal Minister for Agriculture Barnaby Joyce, and NT Minister for Primary Industry Willem Westra van Holthe, today announced $10 million in drought concessional loans and are encouraging primary producers in the NT to apply.

Meanwhile, in Queensland, Brisbane city and much of the south-east have been hit by rolling thunderstorms that brought heavy rain, lightning and blackouts to thousands of homes and businesses.
The Bureau of Meteorology (BoM) issued a severe thunderstorm warning on for the region for heavy rain, dangerous winds and large hail.
Rain continued falling into Thursday night, but by 8:10pm (AEST) the BoM cancelled its warning, saying the storms were no longer severe.

And finally, the team at WeatherWatch.co.nz wraps up 2014 with record high ratings – but it’s been a tough year to do business.
Moving into the new year though, there are signs 2015 will be more positive…and in 2015 WeatherWatch turns ten years old!

OUR 2014 NUMBERS:
Ratings-wise WeatherWatch.co.nz has had over 4 million page views and 2 million sessions on our website this year.  Our website has well over half a million unique visitors.  Meanwhile, our free app, has had over 50,000 downloads since we launched it 18 months ago…and very few complaints about it! (still has 4 star ratings).
Check out more about our figures, here.

Don’t forget to check out Philip Duncan’s forecast for your region over the weekend, here – and vote in our poll here if you haven’t already!