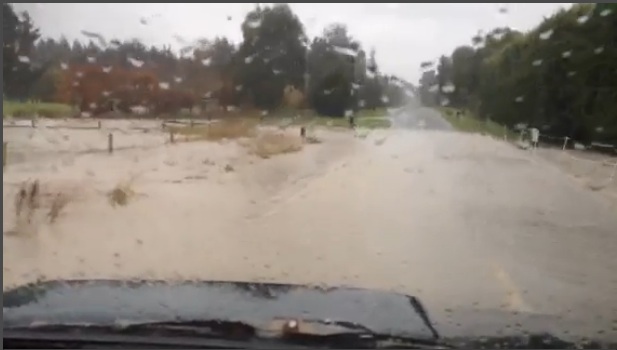 Wow, what a week of weather!

We started on Monday with a fairly grave outlook – rain was on the way, and lots of it.
The Canterbury and Auckland areas were hit hardest initially, with heavy rains of up to 100mm in North Canterbury causing road and school closures, as well as a couple of evacuations early on Tuesday.
From there, the weather system saved its worst for our biggest city and its surrounds, as Auckland, Northland and the Coromandel were next to bear the brunt of the storm’s fury.
There was surface flooding, property damage, and power cuts to nearly 90 thousand North Island homes on Wednesday, while emergency services were overwhelmed by more than 600 calls in 12 hours, and Auckland city streets were littered with debris.
Power company Vector called it the worst single storm since 1975, although the majority of those cut off were back on the grid within 24 hours – though 1000 of the worst affected homes were forced to wait until mid Thursday until normal services resumed.

This week was also the biggest on the agricultural calendar for many, as the National Fieldays kicked off at Mystery Creek – and unlike the last few years, the weather broke in a big way in the lead up to the event!
It was a soggy opening to the 46th annual Fieldays, and it was largely business as usual for both exhibitors and onlookers.
Organisers say it shouldn’t impact the overall turnout too much, as Saturday is usually the biggest day in terms of numbers through the gates, and you can check out the weather outlook here!

Finally this week, if you haven’t had a gutsful of storms in the past few days, check out this amazing footage from Canada – of a moving vehicle struck by lightning! Thankfully, both occupants of the car were unharmed – but this truly needs to be seen to be believed!

Remember to vote in our latest poll, and check the site tomorrow for a new one!