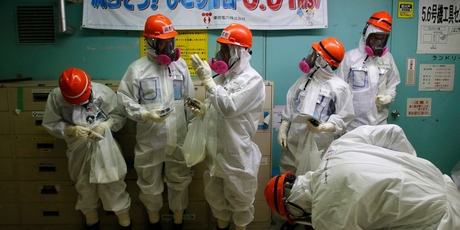 It’s been a busy week both in Australasia and abroad, with two major events dominating the headlines – the drought in the North Island, and the landslide tragedy in Washington State.

Early reports from the USA were relatively understated – with initial estimates of loss – both human and material -proving to be far less than the reality.
Rescue workers searched around the clock for much of the ensuing week, in extremely challenging conditions, through a one mile “wall of debris” that was as much as 18 metres deep in some areas.
Late in the week, there were still more than a hundred people unaccounted for in the towns of Oso, Darrington and their surrounds.
Massive flooding and torrential rain is believed to have caused the slide, which covers about a square mile of rural Washington State.

Staying overseas, though closer to home, and Weatherwatch brought readers news early in the week that parts of Sydney were in the firing line of a pretty substantial rainmaker – and it proved to be the case.
Sydney’s city saw the edge of this storm bring a few millimetres soon after lunch Monday, but the storm then moved southeast and away, allowing rain to clear for a time.
Outside of tropical areas, rainfall rates in excess of five millimetres in 10 minutes can be enough for flash flooding.
But this moisture laden trough produced rain and storms with falls far heavier than that.
Tragically, one man was swept into a stormwater drain in a waste management centre by floodwaters on Monday.

Across on our side of the Tasman, the Western part of Northland was suffering on the other side of the coin, with the drought made official on Wednesday.
Unfortunately for both farmer in that region and also extremely dry parts of the Waikato, Weatherwatch Head Analyst Philip Duncan says the models aren’t looking good for chances of rain in the next 10 days.
Long range forecasts provided by WeatherWatch.co.nz show a mostly dry weather pattern ahead for the North Island as we head into early April.
A large high is expected to roll in this weekend and last well into the first week of April.
No significant rain is in the forecast for the Upper North Island for the rest of March – meaning farmers concerned about their situation are advised to talk to their banks as soon as possible.

In slightly concerning news, scientists are to check whether New Zealand muttonbirds that spend the winter off the coast of Japan have been exposed to radiation from the damaged Fukushima nuclear power plant.
In a new pilot study, University of Auckland scientists will investigate whether radioactive cesium has entered the New Zealand ecosystem or food chain via the birds.

And a new World Health Organisation report published some fairly damning statistics this week, claiming air pollution kills about 7 million people worldwide every year, with more than half of the fatalities due to fumes from indoor stoves.
The agency said air pollution is the cause of about one in eight deaths and has now become the single biggest environmental health risk. Check out the story here.

Remember to follow us on Facebook and check out our new poll, coming Sunday morning at 10am!