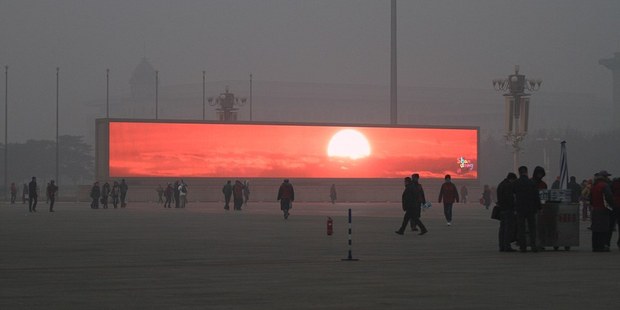 Another frantic week for New Zealand weatherwise, as we’ve endured an earthquake, high winds from an ex-cyclone, and finally the news (unrelated) that we might have some fruit flies somewhere in Northland!

The week started with a shake, as a magnitude 6.2 earthquake in the Wairarapa was felt from Auckland to Invercargill at a depth of around 33km.
There was some speculation among Weatherwatch visitors in the comments that the earthquake could be blamed on “a bloke painting his roof in whitby”, but scientists say the quake was a product of the inter-plate “high stress zone” that spans the North Island’s east coast from Wellington to the East Cape.
Geonet forecast about 23 aftershocks of magnitude 4.0 to 4.9. over the next two weeks. It also predicts about two aftershocks between 5.0 and 5.9.
GNS Science seismologist Dr Caroline Little said aftershocks, of which 30 were reported near the epicentre within two hours, were expected to carry on for weeks.

In the farn North, the natural forces didn’t stop there, with the remnants of Cyclone June bringing strong winds and heavy rains to many areas.
Farmers were urged to move stock into sheltered places and in the aftermath are warned to exercise caution when clearing large trees, and to consult local contractors if itâ€™s too big a job.
In Auckland, gusts of 100km/h were recorded in exposed parts of the Hauraki Gulf & Manukau Heads.
A Fire Service northern communications spokeswoman said there had been about nine callouts before the wind picked up in Auckland, and fewer than 10 since.
“Trees on roofs, on cars, on power lines, roofs coming off – that sort of thing.”

For farmers in Northland, the aftermath of more wild weather, after several years of low Summer rainfall have caused some to look at their farming systems, thinking the time might be right for a change.
John Blackwell, who farms near Dargaville, says different areas are suffering to different degrees, with Western Northland in particular strife.
“Certain pockets are really bad, but it’s only small areas – compared to last year it seemed like the whole North Island was in drought, so it’s quite different.”

On the good news side of things, water quality at Lake Rotoiti, in Rotorua is being heralded as a big success, by proponents of the Rotorua Lakes Clean-up effort.
The long-term programme is aimed at restoring the lakeâ€™s water quality, which suffered for years under sewage discharges and nutrient run off from farms.
Regional Council General Manager Natural Resource Operations, Warwick Murray, said water quality improvements were a result of The Ohau diversion wall separating the lake from Lake Rotorua, coupled with sewage reticulation and reductions in run-off.

A little further afield, and you won’t believe what’s on TV in China these days…the sunrise!
The smog has become so thick in Beijing that the city’s natural light-starved masses have begun flocking to huge digital commercial television screens across the city to observe virtual sunrises. Check out the amazing pictures, here.

And in the USA, a horrendous start to 2014 has continued, with dangerous cold and treacherous driving conditions leaving millions of Americans along the Eastern Seaboard stuck at home Wednesday.
The storm system that dumped record-breaking piles of snow — including 18-inch snowdrifts in Plymouth, Massachusetts — is moving off the coast, and remaining blizzard warnings are expiring.
But the freezing weather is set to stick around.

At the other end of the temperature scale, check out this amazing video of the volcanic Hawaiian island of Kilauea erupting!
The Kilauea summit last erupted nearly five years ago. According to the USGS, the vent has been active since that March 19, 2008 eruption.

And finally, check out Philip Duncan’s forecast for the rest of your weekend, which for those of you North of the Bombays is three dayer. Hint: it’s gonna be a bit of everything

Another week down, and January’s almost at an end! Time flies when you’re having fun – let us know if we’ve missed anything in the comments, or check us out on Facebook!