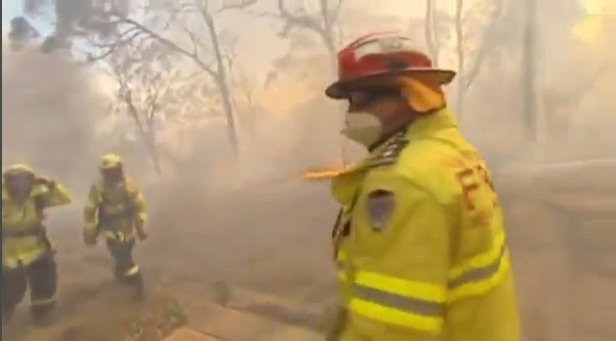 Another eventful and tragic week in the weather world started with gale force winds and ended with fire, with all manner of disasters in between.

The start of the week was all about wind, with gale force nor’westers slamming the capital on Monday, with gusts reaching 140km/h at times. Weatherwatch.co.nz predicted 150km/h gusts elsewhere early on, in exposed parts of central New Zealand. Domestic flights in and out of Wellington were diverted and then cancelled, with frustrated passengers waiting all day in some cases for the conditions to ease.

On Tuesday the wind lost a lot of its bite, spreading out over the rest of the country as the strong westerly flow across the North Island ran out of puff. There was still enough around to hit Auckland though, with many exposed parts struck by “a wall of wind” around late morning. Peak gusts were around 110km/h in the most exposed parts of the city – many suburbs had gusts around 90km/h. NewstalkZB and NZ Herald both reported some damage as a result of the sudden wind gusts, mostly branches down and some windows broken.

Staying with New Zealand’s extreme weather, and the Insurance Council of NZ has released figures around the cost of weather damage so far in 2013, saying it’s likely to top $100 million – putting it up there with the cost of 2004’s damaging storms. Costs to date this year are $83 million, including a provisional total of $33.9 million from nationwide storms in June.

It was a soggy midweek for those in the Manawatu/Whanganui region, after the Whanganui River burst its banks following heavy rains overnight on Tuesday. The flooding affected areas in and around the township the worst, but farmers around the the Whangaehu and Rangitikei rivers were also knee deep in water through some pasture.

Finally, the worst weather news this week was coming in from overseas, as mass evacuations spared India the widespread deaths many had feared from a powerful cyclone that roared ashore over the weekend, officials said, as the country sorted through the wreckage of flooded towns, tangled power lines and tens of thousands of destroyed thatch homes. Cyclone Phailin, the strongest storm to hit India in more than a decade, destroyed hundreds of millions of dollars’ worth of crops, but more than 20 hours after it made landfall in Orissa state on the country’s east coast, authorities said they knew of only 17 fatalities.

In Japan, a typhoon caused deadly mudslides that buried people and destroyed homes, before sweeping up the Pacific coast, grounding hundreds of flights and disrupting Tokyo’s transportation during the morning rush. At least 17 deaths were reported and nearly 50 people were initially reported missing.

And finally, across the ditch in Australia, New South Wales is fighting yet another out of control bushfire, which is threatening homes and properties across much of the southeast of the state.

The NSW Premier said there had been huge losses as fires raced at terrifying speed, reaching up to 25km/h across 5000ha near Lithgow and travelling 13km in a few hours elsewhere.

Wow, another huge week in weather news, and hardly time to catch our breath before we get going again! Let us know your thoughts – or experiences – in the comments below.