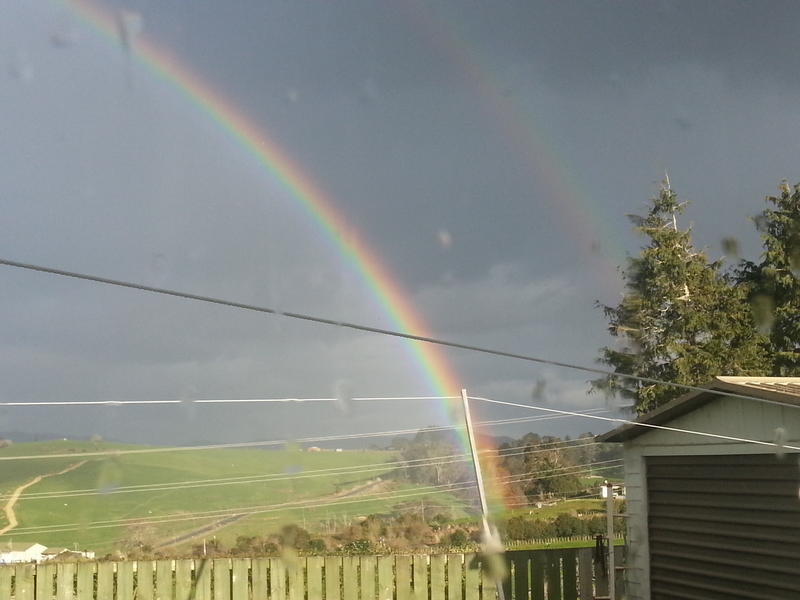 It’s been another busy weather week, but thankfully for the right reasons – Spring is well and truly here, and with it some warmer, settled conditions (in eastern parts of the country in particular).

We asked the poll question: “Do you suffer from Spring allergies” last week – and the answer was overwhelmingly yes. Just under 80 percent of our readers responded in the affirmative – with particular complaints about the pine pollen – which causes all sorts of problems at this time of year – being even worse than normal.

A new UN report linking human activity to climate change has been the topic of all sorts of discussion this week – we ran a story from CNN on Monday about the report’s findings – and it makes for some very interesting reading/viewing for both sceptics and proponents of the theory.

Staying in the USA, and some amazing amateur footage has emerged of some spectacular waterspouts off the Florida coast – taken by the captain of a lobster fishing boat. Waterspouts are usually weaker than land tornadoes, and are caused by unstable weather conditions.

A little closer to home, and Bay of Plenty residents were shaken up by a a 4.2 magnitude earthquake at 3.45am on Monday night, prompting the tsunami siren to sound in Opotiki. Thankfully, the BOP Regional Council confirmed the warning was a false alarm, and GNS issued a call for calm, describing the shake as “part of normal geological patterns.”

September started off fairly calm, but as predicted by WeatherWatch.co.nz back in August, a westerly pattern change kicked in around mid-month (Canterbury wind storm) and is now set in across the country.

Weatherwatch.co.nz is compiling monthly outlooks for Fonterra, and this time we’re saying these strong westerly winds are here to stay for the weeks ahead.  “October looks to be windier overall and while it may not be as extreme as those Canterbury winds back in September it does look as though more regions will have more wind especially around the middle of the month” says head weather analyst Philip Duncan.

On Wednesday we ran a story with some initial figures from the Ministry for Primary Industries indicating that the full impact of this year’s drought will be in excess of a billion dollars – a huge blow to our primary sector. Subsequently, Federated Farmers have come out with a figure of twice as much – and adverse events spokesperson Katie Milne claims it could take as long as 5 years for the sheep industry to make up the lost ground.

Finally, looking to the weekend, and it seems as though a dry, calm couple of days are in store for most of the country. Brisk winds will continue though some central areas but the windier weather arrives later next week. In fact kicking off around next Thursday, is a windy spell which could last until Labour Weekend. See more from Philip Duncan on his forecast video, here.

That’s it for another week – let us know what your call is on the UN report, Spring allergies or the drought fallout in the comments below!