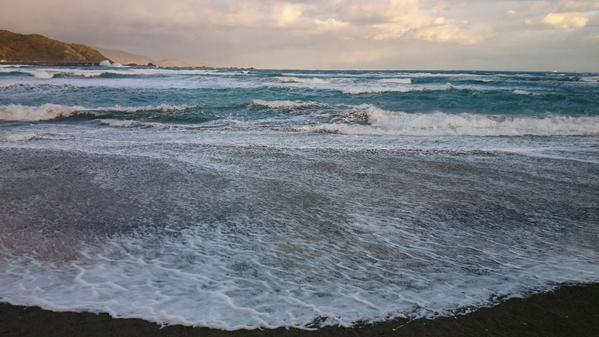 It’s been another chilly week – with more snow, more frosts and more low, low temperatures around both islands of New Zealand – creating transport issues and some great photo ops!

We’ll start off with a look back at June – a record breaking June no less – a month where all three of rain, wind and snow caused problems around the country – along with the coldest temperature recorded in more than 20 years!
Check out the full summary here – as well as temperature, sunshine and rainfall averages.

Have you noticed more birds in your gardens this year?
That’s something a scientist from Landcare Research wanted to know after a nationwide bird count showed more of our feathered visitors in our back gardens than usual.
This year’s week-long annual garden bird survey wraps up this the weekend, and organiser Dr Eric Spurr said it was clear the colder weather had attracted a much higher number of birds to gardens than normal.
But why that was remained somewhat of a mystery, and more research was needed to establish the link, he said.

Tuesday saw the first of the icy cold conditions which continued through the week, with snowfall closing a number of highways in Southland and Otago, with those regions bearing the brunt of the freezing weather early on.
The Catlins, Fiordland and parts of Southland were dusted with snow – and the wintry weather made several key roads precarious.

Those conditions spread further north on Wednesday and Thursday, with much of the North Island shivering in very low temperatures – and many of our readers sending in some fantastic pictures to go along with them!
Check out our gallery of some of the best pics from the midweek, here.

The week ended in similar fashion too – with some rare snowfall in the western North Island – particularly Gisborne – as well as the Central Plateau.
A fleet of trucks lined up on snow-bound roads in and out of Gisborne had to be cleared after heavy equipment was brought in to move them, though SH 2 in and out of the city was closed for some time.
Other North Island roads were closed due to the snowfall, such as the Desert Road and all alternate routes around Mt Ruapehu, as well as the Napier Taupo road and the Rimutaka Hill Road in Wellington.
Check out a gallery of some of the conditions in Gisborne here.

In weather politics this week, the government announced it’s going to take at least 5 years to start tackling our new greenhouse emissions target – a 30% reduction on levels set in 2005.
The Green Party was immediately on the attack, with climate spokesman Dr Kennedy Graham saying the figure is patently inadequate – and comes with a touch of deception.

There is good news if you’re suffering in the cold, however – with a sunnier and warmer weekend ahead – despite another cold start for much of the North Island on Saturday!
Check out the full forecast for New Zealand with Philip Duncan, here.

And finally, check out this week’s Friends of WeatherWatch interview – with ZM’s Megan Sellers – a longtime supporter of the site and a great broadcaster – and don’t forget to vote in this week’s poll below!