Weather Video: Your Weekend weather plus a tropical storm update 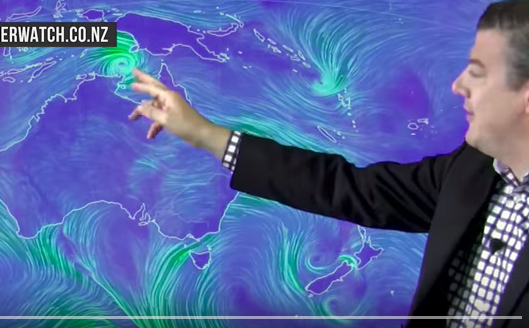 The tropics are very active with three storm areas to focus on including one which may impact New Zealand at Easter (although too early to lock in and doesnâ€™t look as strong as previous storms – but one to watch). Cyclone Marcus continues west of Australia while another cyclone to Australiaâ€™s north is currently building.
Back in New Zealand and downpours continue in both islands – mainly the north and west for Saturday then on Sunday it becomes confined to the north east of the North Island and fades on the West Coast.
Next week things warm up as norâ€™westers build – we take a look at the New Zealand forecast through until Wednesday.