Weather Video: Windy westerlies arrive, we look at the forecast until next Monday 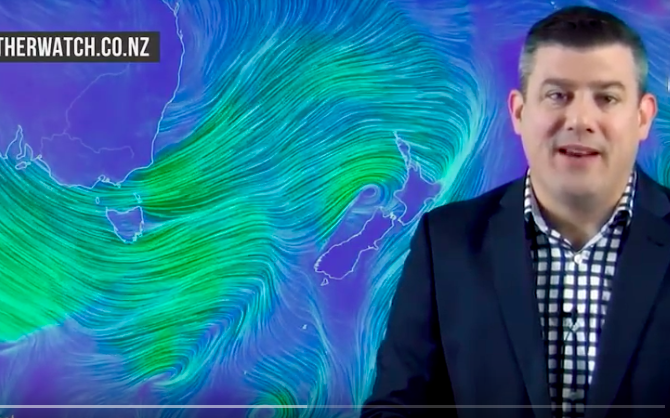 The westerlies are here and we can expect bursts of wind and rain, then calmer and sunnier, off and on over the next week ahead.

High pressure remains over Australia and in the sub-tropics, while most of the lows are in the Southern Ocean or brushing the South Island.

The next several days look average to warmer than average temperature wise – but one week from now New Zealand may be dealing with its first proper southerly so far this month – but itâ€™s not yet locked in.