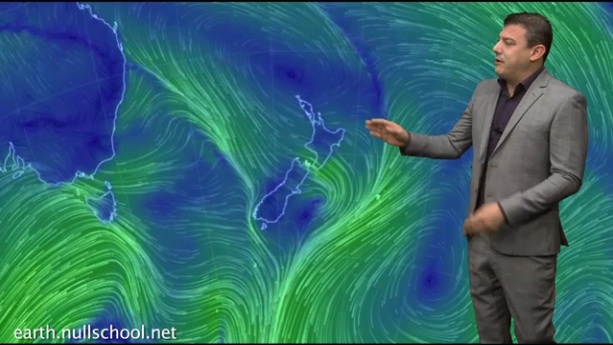 Cyclone Lusi just brushed northern NZ at the weekend, avoiding serious damage but the storm retained Category 1 strength as it brushed past.

This week is a sunnier, drier, week thanks to increased high air pressure and more westerlies.

A new tropical low may be coming in towards eastern parts of the North Island â€“ but at this stage itâ€™s a long way east of New Zealand which limits the chances of a direct hit.

Thank you Phil for the great advice, which started a few weeks ago and went right through the weekend. You did a great job. Consice and clear communication. Just what we needed. Keep up the great work

Thanku heaps for all your hard work WW! Thank goodness it wasn’t as bad as thought but Awsum to have a heads up specially here in Te Aroha please keep up the good work and know that we are really grateful 🙂

It’s St. Patrick’s Day … for those who felt Lusi gave them the big ‘A,’ here’s “An Irish Blessing” in the hope that they may benefit from the next cyclone … ‘May the road rise to meet you, May the wind be always at your back, May the sun shine warm upon your face, the rains fall soft upon your fields and, until we meet again may God hold you in the palm of His hand.’ Happy St. Patrick’s Day

A job well done by WW. Here in Napier we had huge swells forecast on Sat 8th by the generally agreed track. Thanks to WW relaying from your preferred resources from Weds, Cyclone Lusi started to veer off to the West Coast which pleased many on the East Coast. As WW pointed out, the unusual tracking to the west allowed the HB coastline to dodge a bullet. The projected swells would have been extreme and absence of devastation could have been attibuted to neap tides. Thanks to your early warning, HB was ready but there are some who do not understand the fickle path associated with these cyclone generated lows. Has the cyclone incoming from the NE been named? It looks to be the real deal with long wave periods during close to spring tides. The remnants of “Lusi” was insignificant to our beaches because wave periods were recorded at only 6.5 sec. Keep up the superb work Phil and gang.

People are silly. And, you know, there were people out swimming, and land yachting and kite boarding… just stupid. No respect for mother nature at all. Even in sheltered south auckland, I saw trees down, and broken stuff everywhere. I popped down the road on my motorbike and I was battered by flying debris.

Keep up the good work.