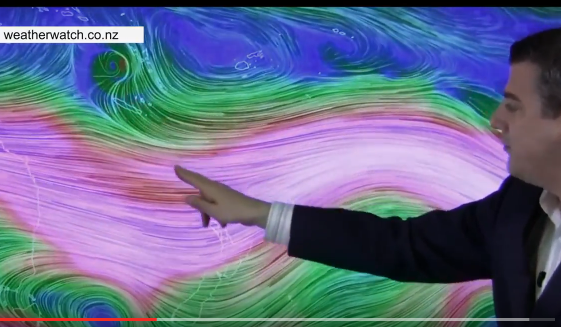 Donna has finally made her turn southwards and was picking up speed as she heads directly towards eastern New Caledonia.

Noumea (pop almost 200,000) is exposed to a direct hit from the centre of Donna in the next 48 hours, then the storm will weaken further and head towards northern New Zealand.

Most guidance suggests Donna wonâ€™t make a direct hit to New Zealand but she may still impact our weather with rain as it joins forces with another low pressure system around our part of the world.

Itâ€™s a busy week and weâ€™ll have regular daily updates on Donna until Friday.