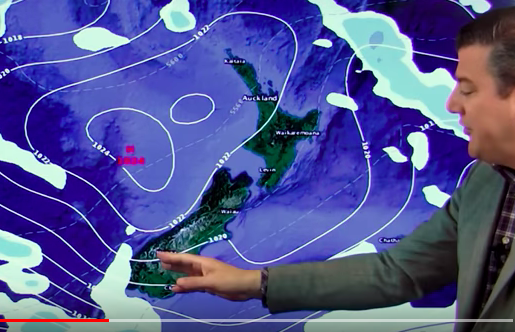 A large high pressure system is crossing New Zealand over the next two to three days but a large low – in fact two lows – are coming in for the weekend.

Light westerlies are in store for the lower half of the South Island. Itâ€™s a colder night tonight and cool morning when you wake up by ANZAC Day afternoon should be pleasant and fairly mild in most places that have the sun. By Friday the high is departing to the east and a low is coming in from the west.

By the weekend two lows will be lying over New Zealand bringing rain and showers to at least half of the country at any given time.

*There is no video on Wednesday due to ANZAC