Weather Video: Another tropical cyclone may be on the horizon later this week 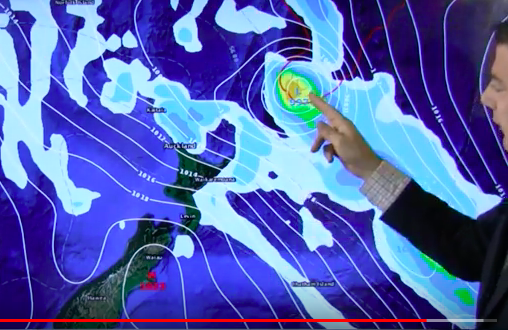 This week is a busy week weatherwise with a large area of low pressure expected to form over northern New Zealand followed by a possible tropical cyclone north of that – and then an enormous anticyclone moving in from the west.

The messy forecast is very much a March one with summer-like high pressure systems still in the mix but the sub-tropics and tropics becoming quite active as sea surface temperatures reach their peak for the year helping to fuel storms.

A cooler southerly spreads north over the first half of the week in the South Island with low pressure, rain and strong easterlies forming over the North Island.

If Cyclone Hola forms then NZ may be brushed by it this Friday and Saturday but the exact tracking isn’t clear yet and with perhaps a more easterly swing than Fehi or Gita it could miss us entirely, but still early days so remains “one to watch” until we can lock things in a bit more.