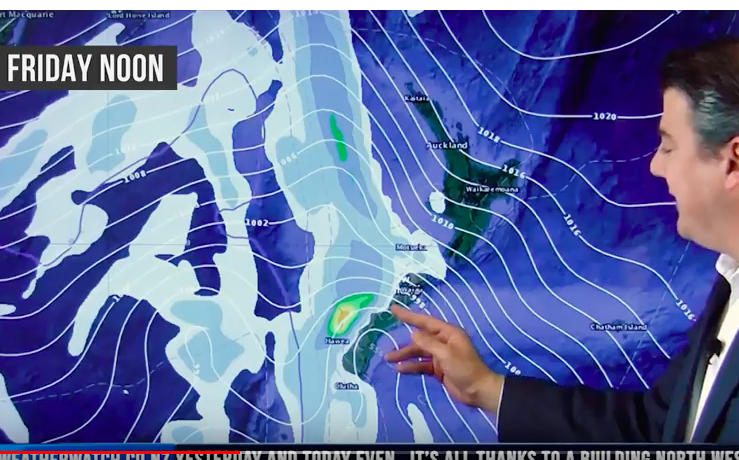 The weather is warming up over the next two days with temperatures both at night and day lifting up from where they were yesterday and today even.

Itâ€™s all thanks to a building north west airflow across Wednesday and Thursday.

Friday sees rain returning to the West Coast and reaching the North Island by night time – although much of Friday looks dry in the North Island, the winds look blustery in the lower half of the island and also the eastern side of the South Island where NW gales are possible for a time.

Into the weekend weâ€™ll see the same pattern continue, with showers most likely in the west.

Into Sunday and Monday a colder southerly moves up the country with Monday looking briefly wintry again.

We also take a look at Hurricane Jose and where it will likely track next week near the United States.

Finally, we also look at why NZ is getting these cold snaps at the moment.

*Apologies for no weather video on Tuesday, we had a day long power cut.