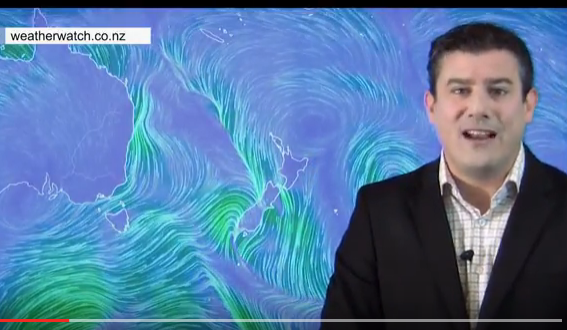 Thereâ€™s plenty happening over New Zealand this weekend and into next week.

A low pressure system will form and drift over the North Island from Sunday to Tuesday bringing patchy rain and showers.

Sunday looks to be wettest. Meanwhile in the South Island a cold southerly change on Sunday means temperatures will drop a lot, some may only have single digit daytime highs. Itâ€™s short lived though, with a high coming in the following day (and maybe a frost!)

Later next week Autumn wakes up even more with another burst of cold air bringing snow to some ski fields.