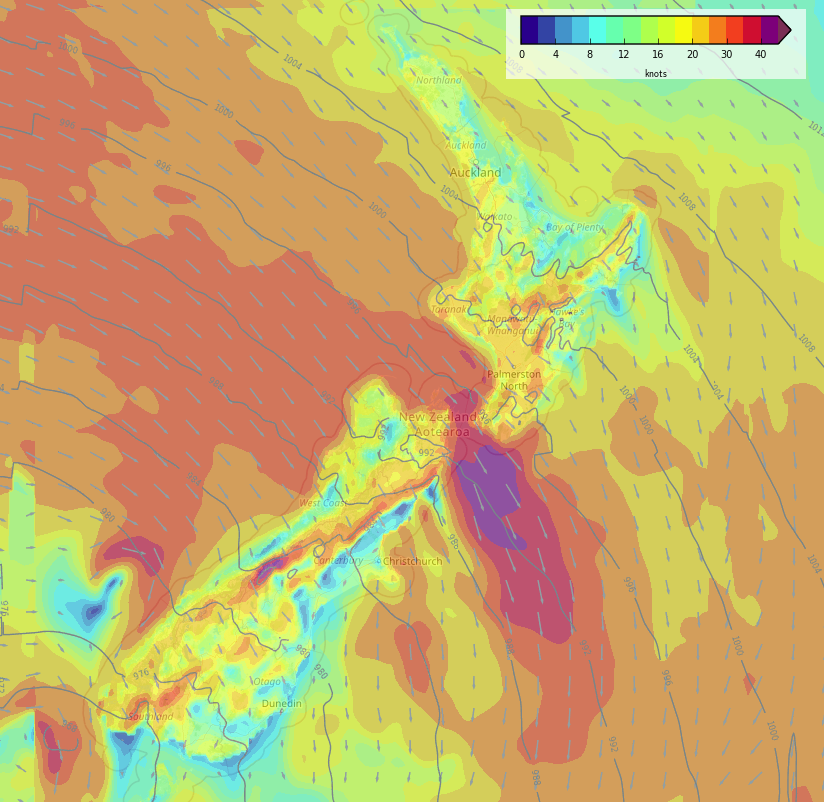 STRONG WINDS FOR THE START OF WINTER

The airflow over New Zealand today is strong from the north or northwest, coastal parts in the west of both Islands will likely experience strong winds.

Check out the weather warnings today from Metservice here.

THUNDERSTORMS TODAY IN THE WEST

Cold upper air and some forcing either through a front moving through or air being pushed up by mountain ranges causes some instability today. The West Coast of the South Island has the biggest risk of storms but the southwestern corner of the North Island holds a risk of storms too.

Thursday holds a risk of storms for western regions again then the next risk appears around Tuesday or Wednesday next week. More on the thunderstorm risk from Metservice here.

Southwesterlies push in over the South Island overnight Thursday then moving northwards during Friday and getting into the North Island. Showers will push up the east coast of the South Island however there isn’t a heck of a lot in it precipitation wise, as southerlies push into the lower North Island Friday afternoon expect some rain with a chance of heavy falls, moving into Hawkes Bay and Gisborne in the evening.

A high moves in on Saturday with settled weather likely.