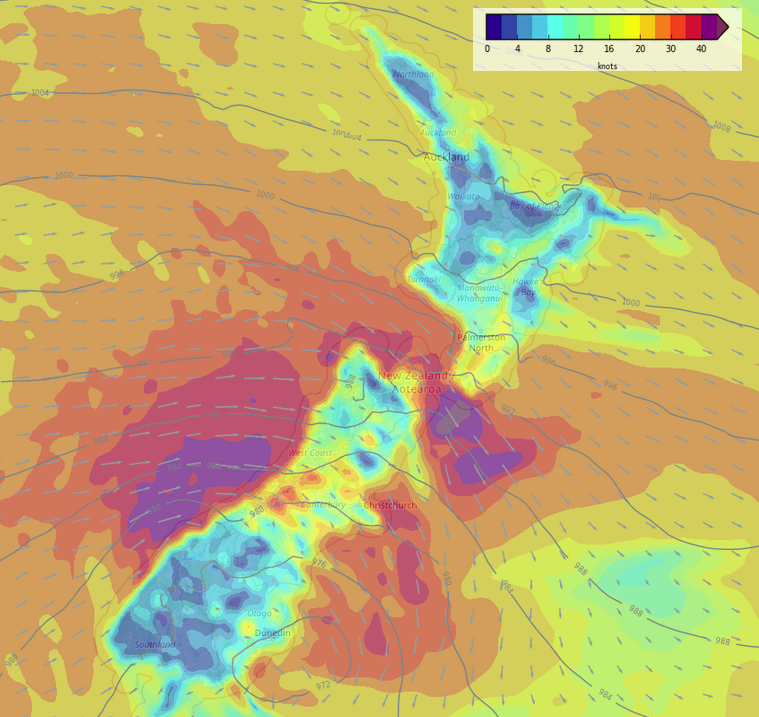 A NICE DAY IN THE EAST

There is some very unsettled weather coming up, but for today at least, eastern regions are pretty good weather wise. Temperatures reaching into the late teens, perhaps even early twenties for the eastern North Island. Winds will be only light to moderate from the north too. Auckland and Northland have a reasonably nice day too, enjoy it while it lasts.

THUNDERSTORMS ARE ON ORDER

You can be sure with the unsettled weather coming up for the rest of this week and into early next week thunderstorms will be a big feature. The West Coast will be in the firing line mostly but the southwestern corner of the North Island will get them now and then also as fronts move over. Keep up to date with the latest thunderstorm potential here.

STRONG WINDS WILL BE LIKELY TOO

As fronts move in Thursday on wards, north to northwesterly winds ahead of them will likely be very strong. Alpine areas of the South Island will likely experience gales, also through Cook Strait. The eastern South Island may see strong winds also, especially ahead of a front moving in later on Friday.

Warnings from Metservice will be update here so check them out.