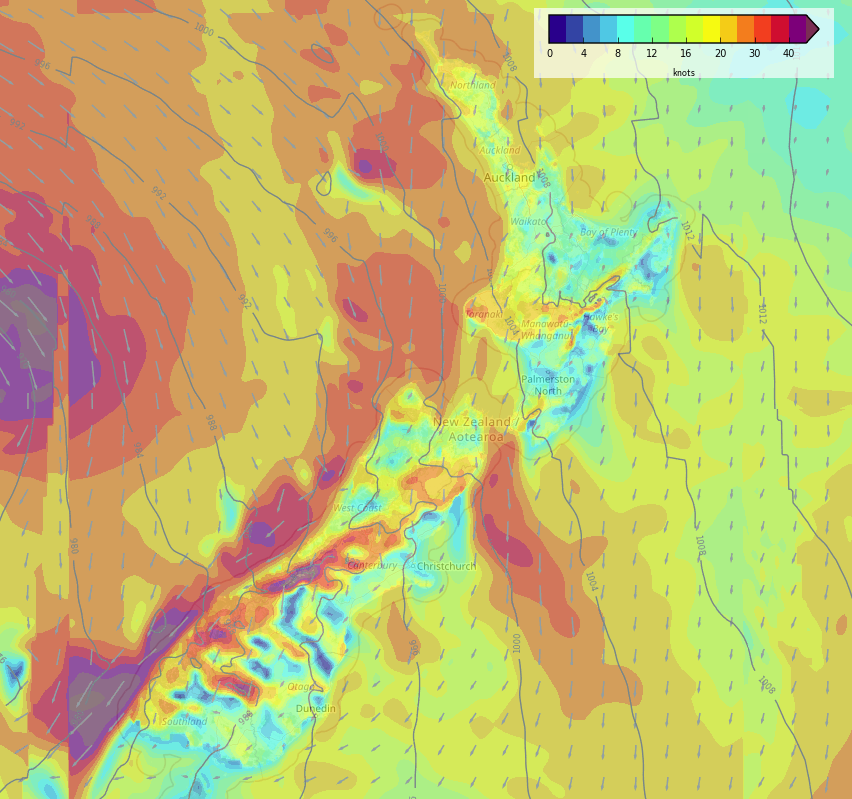 WARM IN THE EAST, HEAVY RAIN IN THE WEST LATER ON

New Zealand is between systems today with yesterdays front now well out to out east and another front lining us up in the Tasman Sea. Expect warm temperatures for eastern regions and the upper North Island getting into the late teens or early twenties.

Rain later this evening / overnight for western regions becomes heavy as a front closes in, there may be thunderstorms also. More on today’s thunderstorm risk here.

Wednesday itself sees strong northwesterly winds through central parts of the country, winds through Cook Strait will likely be gale force.

Through to Tuesday 7th June most regions are looking to see average to above average rainfall. The eastern South Island though is looking dry though thanks to most of out weather coming in from the west during this period.

The eastern South Island doesn’t stay completely dry, it does get showers or some rain on Friday for a time as the airflow changes southwest then drying out on Saturday.