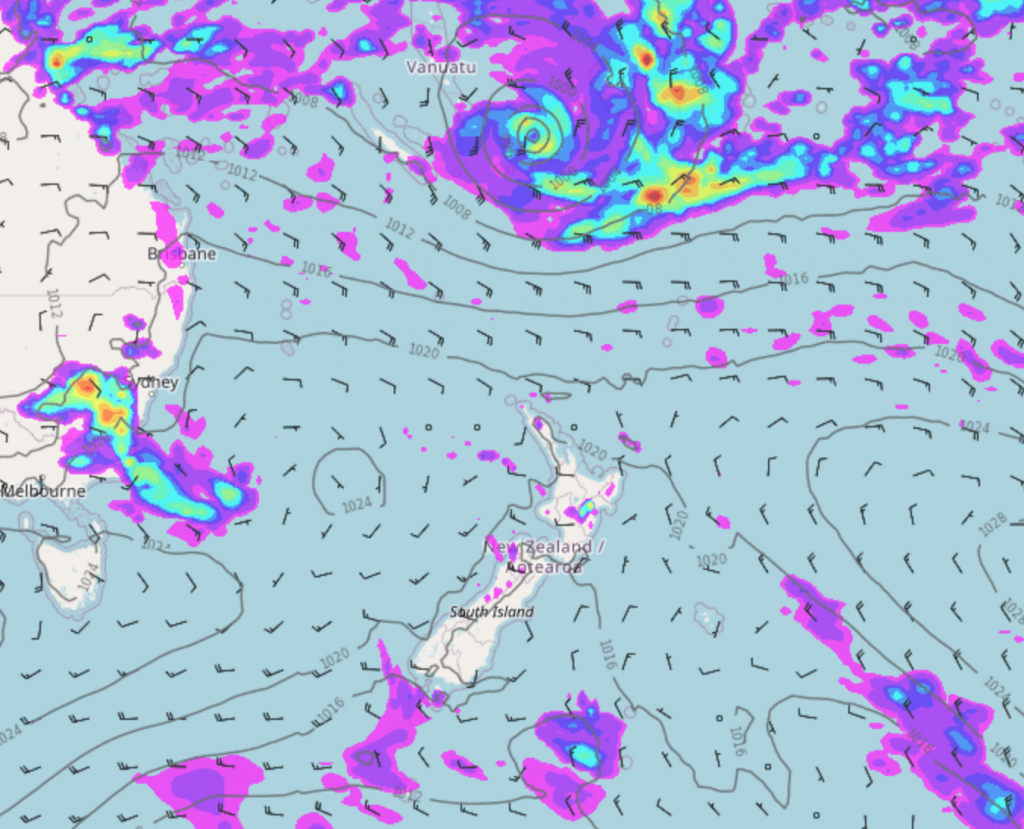 Tropical Cyclone Cody has formed to our north

A tropical cyclone has formed to our north, between Vanuatu and Fiji named Cody. This may head south around the 16th to 18th January at which point it could move near by New Zealand and away to the southeast. Something to keep an eye on.

A weak cold front pushes northwards over the South Island on Wednesday, this will bring some relief to eastern regions from the heat we have been having recently in the form of a few showers and cloudier skies. Later on Wednesday and into Thursday this front brings cloud and a few showers to the eastern North Island. Later on Thursday a few showers may even make it around into the top of New Zealand Waikato northwards.

Overall the weather outlook through till the 18th January is looking mainly dry for New Zealand, there may be a few showers here and there, perhaps an isolated afternoon shower for inland areas but overall it’s looking mainly dry. If a tropical low (which will be ex TC Cody) swings by sometime around the 17th January there may be some rain for the east coast of the North Island which can be seen in the map below.

yeah all cyclones will go to the SE how many times have your people ever got it right!!!!!!!!!

As in the article the words “may” and “could” indicate this isn’t locked in yet but as we get closer to the time confidence will increase in regards to what this system will do.