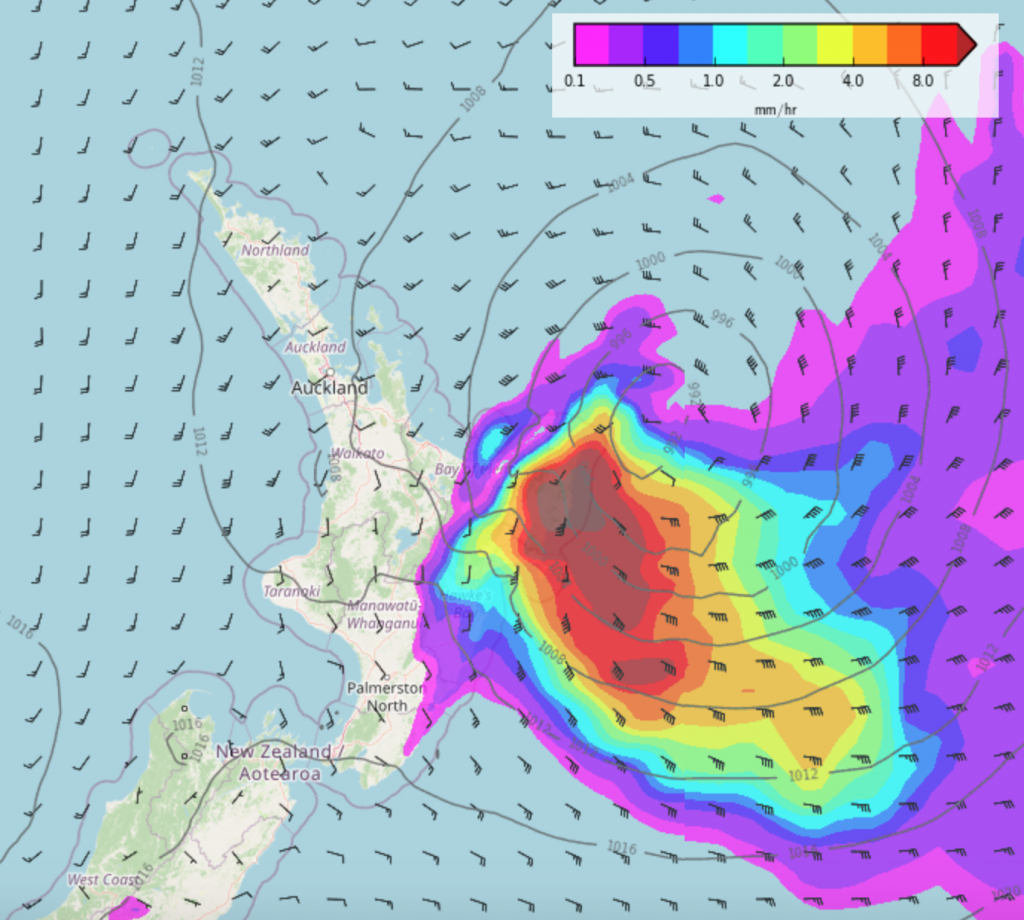 Goes without saying, it’s all about Cody

Tropical Cyclone Cody is still moving in. It looks to mainly affect northeastern parts of the North Island as it moves through, especially East Cape, Gisborne and Hawkes Bay.

Cold front due mid next week

A cold front moves northwards around the 19th January (Wednesday next week) bringing in a cool change and some rain / showers to the South Island, this change reaches the North Island on the 20th.

Settled then some rain perhaps


From the 22nd of January it’s looking mainly settled and dry however from the 25th or 26th some rain may move in again.

I think they are aware of that dude.