Home > News > Weather for the week ahead, sneak peak a...

Weather for the week ahead, sneak peak at labour weekend 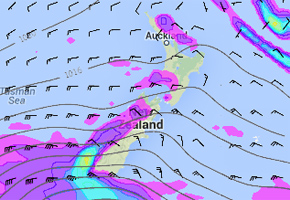 After one of the better weekends we have had in a while, how does the week ahead look? For the most part the coming week is mainly anticyclonic based but between a series of anticyclones we have a frontal system for a time which can often be the case as one high moves in after another. Thursday onwards sees the return of changeable spring westerly’s and low pressure based systems.

Today sees a repeat of how the weather was yesterday about the North Island, northerlies will be a bit stronger about Wellington and there may be a bit more cloud in the west south of the Waikato coastline. In the South Island expect northwesterlies with rain on the West Coast, high cloud in the east. Rain moves into Southland this morning then Otago during the afternoon.

A northwesterly airflow picks up a little more over the North Island tomorrow, warm out east with some high cloud. Cloudy in the west with showers about Kapiti and Wellington, northerlies about Wellington will be strong to gale force. For the South Island rain moves into Canterbury in the morning then clears later. Marlborough may see some rain in the afternoon also however chances don’t look to be as high. Sunny spells develop in the morning about the far south with southwest winds, on the West Coast expect rain clearing from the south as the day progresses.

Mid week sees a new anticyclone move onto the South Island, the West Coast and far south look like the regions that will receive the best weather. Eastern parts of the South Island while dry may see cloud and easterly winds along the coast which could be a little cool. Rain develops on the West Coast overnight as a new frontal system quickly moves in from the Tasman Sea. For the North Island expect cloudy skies south of about Auckland, some rain for the lower North Island. Northland gets the best weather and Gisborne too with some high cloud there.

A return to spring like westerlies on Thursday. The South Island sees rain in the west, sunny with some high cloud in the east. The North Island will have cloudy areas in the west, sunny and warm out east in a northwesterly airflow. Friday is much the same however a period of rain or showers moves into western parts of the North Island along a front pushing in from the Tasman Sea.

Being the thunderstorm fan I am, these spring westerly type conditions mean they can also appear during these times. I’ll be looking for some potential on the South Island’s West Coast, Southland and perhaps a few may sneak up into Otago / South Canterbury if conditions suit.

Now to Labour weekend, east is looking best for both islands. The northwesterly airflow continues so eastern regions look to be warm with some high cloud, the North Island’s east coast should be a top spot with winds from the northwest perhaps being more gentler then in the South Island. Rain or showers for the West Coast of the South Island on both days.

As for western parts of the North Island, expect cloudy areas with northwesterly winds. For most of the weekend it is looking dry but a few fronts moving through may bring a period of rain or showers at times, we’ll be able to come to a more clearer idea of the timing of things as the weekend draws closer. At this stage we are a bit far out to give much more detail. 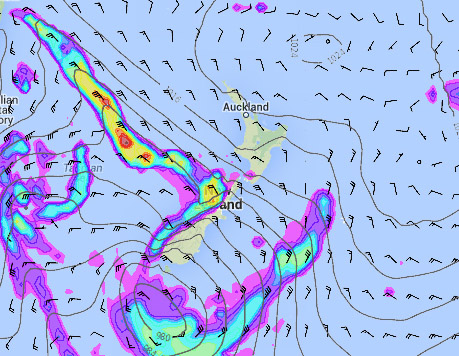