Home > News > Weather easing for start of week but mor...

Weather easing for start of week but more rain coming 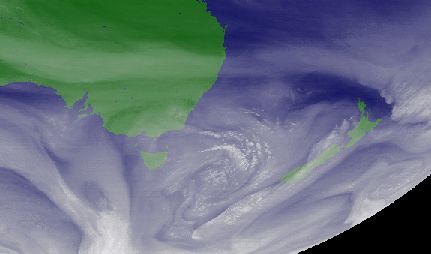 The weather is going to ease over a number of places on Monday and Tuesday as a ridge of high pressure passes north of New Zealand and covers parts of the country.

While showers are expected in a number of coastal areas on Monday by Tuesday many areas should be dry and sunny.

On Wednesday conditions should start out dry for most but a new low forming in the Tasman Sea will see clouds building along the west coast of the nation and rain or showers possible later in the day.

Warmer winds from the northerly quarter should cover the entire country by Wednesday and Thursday as the low moves closer.

However warm winds at this time of the year are usually followed by a cold change, especially for southern regions.

WeatherWatch.co.nz will monitor the incoming low closely and give you the latest predictions for next weekend and the week following as soon as we have them – at this stage next weekend does look showery and windy with a cooler change for most.