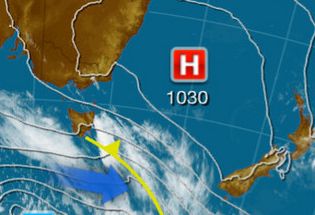 Hobart has experienced its warmest late autumn day in more than a century.

The state’s capital reached 23.9 degrees in the afternoon, making it the warmest day at this time of year since records began in 1896.

Ian Barnes Keoghan of the Bureau of Meteorology says the whole country is experiencing a heatwave.

This week is also expected to be the warmest week for this time of year since 1934.