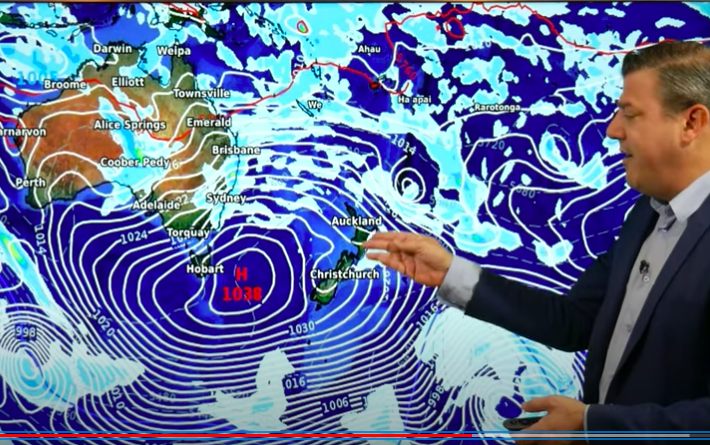 High pressure is dominating New Zealand while a wetter airflow dominates the eastern half of Australia.

NZ can expect mainly dry weather for the next week at least, with well below normal rainfall. However some eastern parts of the North Island will be clipped by a few showers. The South Island is almost entirely dry, even Fiordland only has 2 – 5mm in the next week, they sometimes get over 100mm a day!

Australia’s eastern seaboard has a week of easterlies with plenty of wet weather – while a northern rainmaker will slide directly southwards through the central interior this weekend and early next week.

*PROGRAMMING NOTE – We have no weather video this Friday, back again on Monday!