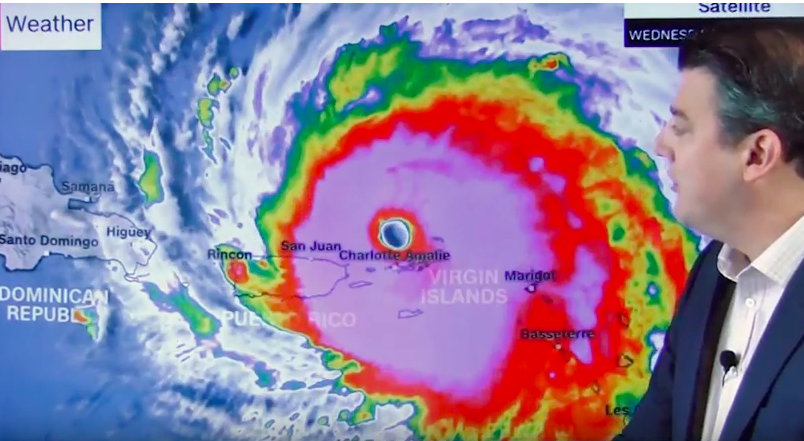 Weâ€™re tracking two systems again today, the classic spring blast around New Zealand and Category 5 Hurricane Irma which is churning through the Caribbean.

Firstly, in New Zealand the next two days will see more of the same – rain and showers in the west of both islands with isolated squalls, hail and thunder, most likely on the West Coast.

Into the Weekend and more rain spreads over the North Island while southerlies start to increase around the South Island lowering temperatures further – in fact Sunday looks a bit wintry.

Next week the westerlies return with more showers in the west and dry weather in the east. HURRICANE IRMA has turned deadly overnight after slamming into Caribbean island nations.

The storm remains powerful and at the highest level of tropical storm categories – Florida in the US is still on high alert, we show you the latest tracking models. Irma is the strongest Atlantic hurricane on record and is getting strong.