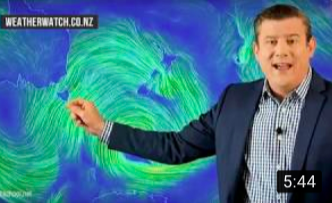 A significant winter blast is coming with heavy rain and strong winds before it arrives – and warmer than average temperatures too.

On Friday things start to cool down as the colder air moves in, but the main southerly moves up the South Island across Friday and not into the North Island until late Friday and early Saturday.

By Saturday NZ will be in â€˜peak coldâ€™ as the main southerly spreads as far north as the Far North.

Sunday is showery and cold for some, but more than half of the country will also be dry and fairly sunny. Monday is warmer – but itâ€™s ahead of another big low (and southerly) coming in mid to late next week.