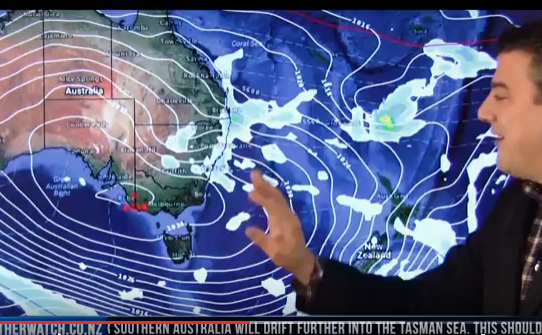 Over the weekend high pressure over southern Australia will drift further into the Tasman Sea. This should encourage a few showers around the West Coast and maybe the southern coastlines of both islands. It doesnâ€™t look significant although there may be some colder air around some regions this weekend as a result of Saturdayâ€™s southerly.

Sunday looks a little more settled with the start of next week similar.

By Wednesday – and for the start of Fieldays – it looks like a windy southerly will be affecting the nation but at this stage Waikato may be sheltered from much of this. The long range forecast for later next week looks even better at this early stage, with parts of Australiaâ€™s mega high coming our way.