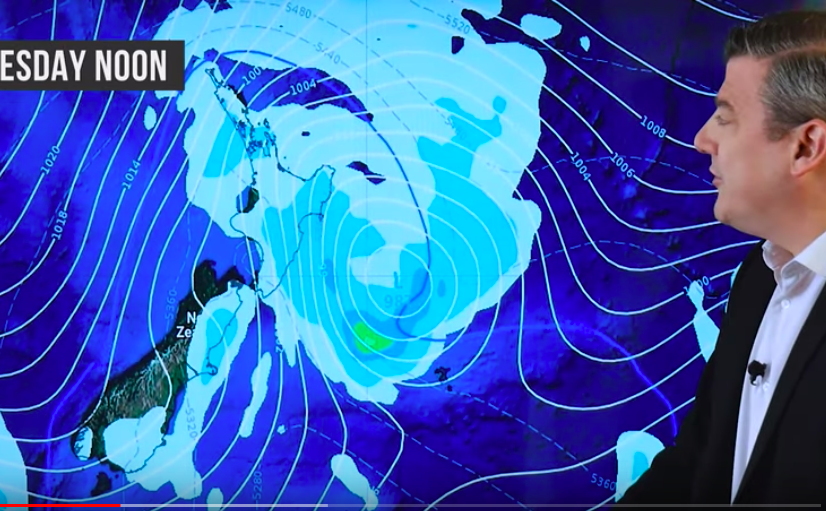 **PLEASE NOTE: Due to the fire at Sky City we have NO VIDEO UPDATE FOR WEDNESDAY as our studio in the city has been closed for the day**

We have a burst of gale force winds, heavy rain and showers and snow too, all over the next 48 hours. The North Island is most exposed to gale force winds and possible power cuts on Wednesday as a westerly blast turns southerly.

The South Island has a cold start with a dusting of snow to fairly low levels (perhaps 300m for some in the very south) – but a milder afternoon with sun should be on the way. But make the most of it as Thursday looks bleak again.

On Saturday the South Island rapidly warms up by over 10 degrees. The North Island catches up on Sunday.