VIDEO: Stormy Friday and Saturday for NZ, Australia impacted too 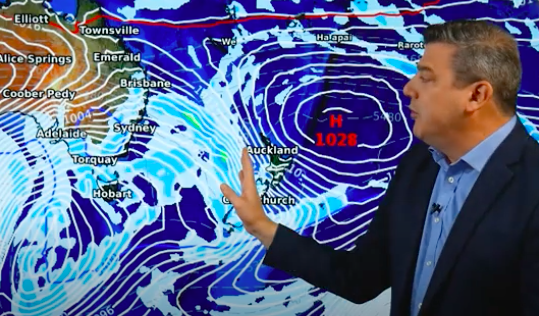 A large low pressure system in the Southern Ocean is going to impact both NZ and Aussie with severe gales and heavy rain in the days ahead.

The West Coast of the South Island has over 300mm possible in four days starting tomorrow, Wednesday – and this time it’s more focused on the populated places rather than further south down near Fiordland.

Eastern and central NZ will have gale force nor’westers while Aussie has strong to gale force sou’westers – all part of the same big system.