VIDEO: Southern Ocean storms to disrupt summer for some in NZ 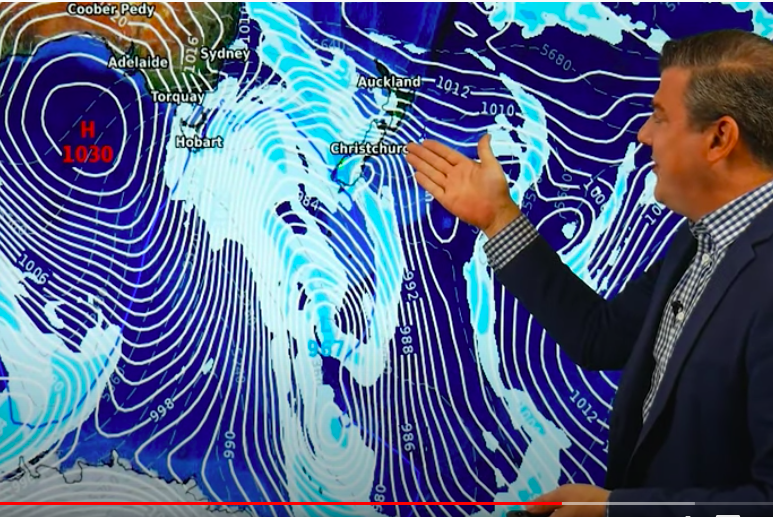 A series of storms in the Southern Ocean are about to put Summer on hold for around five days in a number of regions.

The lower South Island will go from being in the mid to late 20s to the perhaps not even making the teens next week in some areas.

Heavy rain on the West Coast and even some snow on the mountains.

We have the latest…

Looking pretty chilly here in Gore. Your rural weather site is forecasting a HIGH of 9! with wind chills of 6 or below all day, feeling like 2 degrees in the morning. Brrr!

Hi Jacob – yeah it’s sure looking more like winter than summer for you! Crazy set up. Glad you’re using the extra features over at http://www.RuralWeather.co.nz too 🙂
Phil D