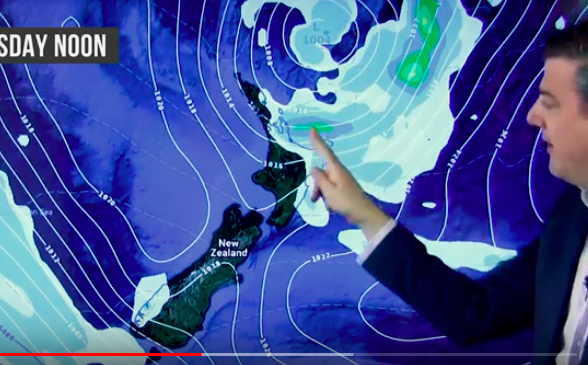 In true spring style for those who had snow yesterday many places today will be warmer than average there by a few degrees as norâ€™westers develop.

Another low is expected back in this exact same place by Saturday, but perhaps with less intense rain associated with it. Mainly dry in the middle portion of New Zealand in the days ahead.

We also have a quick update on the tropics for next week and notice a possible big rain maker for the northern Philippines and also Taiwan plus a possible Hurricane near Bermuda. Neither look like a major event compared to recent storms Florence and Mangkhut.