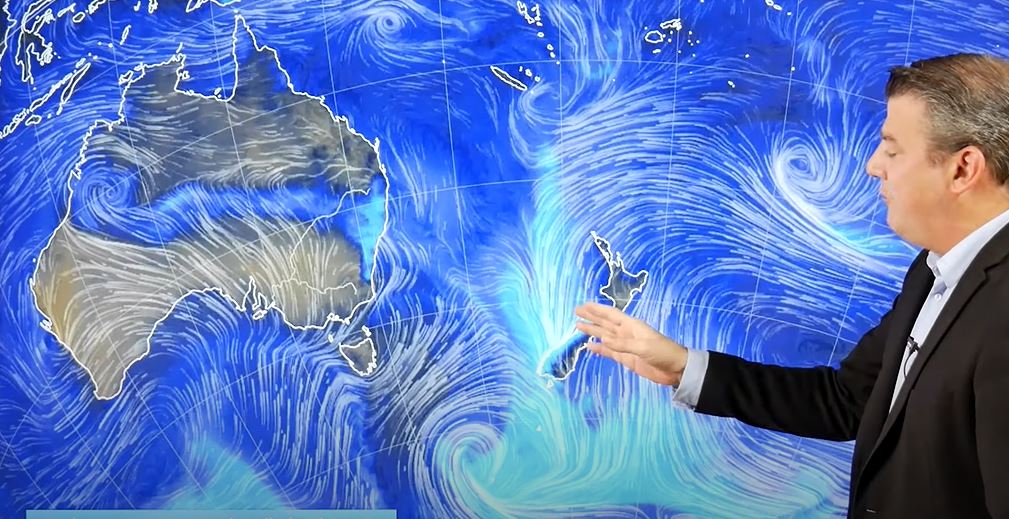 A tropical deluge is on the way for the West Coast with several hundred mm forecast, but the North Island may also get clipped by the same system later this long weekend and into next week.

The South Island is initially most exposed, mainly the West Coast, Nelson and Marlborough but Canterbury may also be affected by heavy rain and spillover rain in the waterways.

This weekend and next week rain then slides into the North Island with possibly heavy falls and flood potential too.

This is potentially one of the wettest nationwide setups NZ has seen in several months.

We cover the forecast through Waitangi Weekend and to the middle of next week.

I have just the link for you. Please click here, figures for Upper Hutt

How often do you see strong SE flows from NZ to the entire eastern edge of Oz?
Classic La Nina, even if we’re no longer in one. A great channel of tropical energy flowing down.

What does the red line defining the tropics represent?

That red line is a thickness line, it represents 5760. The blue line often coming up from the southern ocean is 5400. Between these lines you’ll actually see dashed grey lines which are intervals (40) between 5400 and 5760. You can read more about thickness charts here: