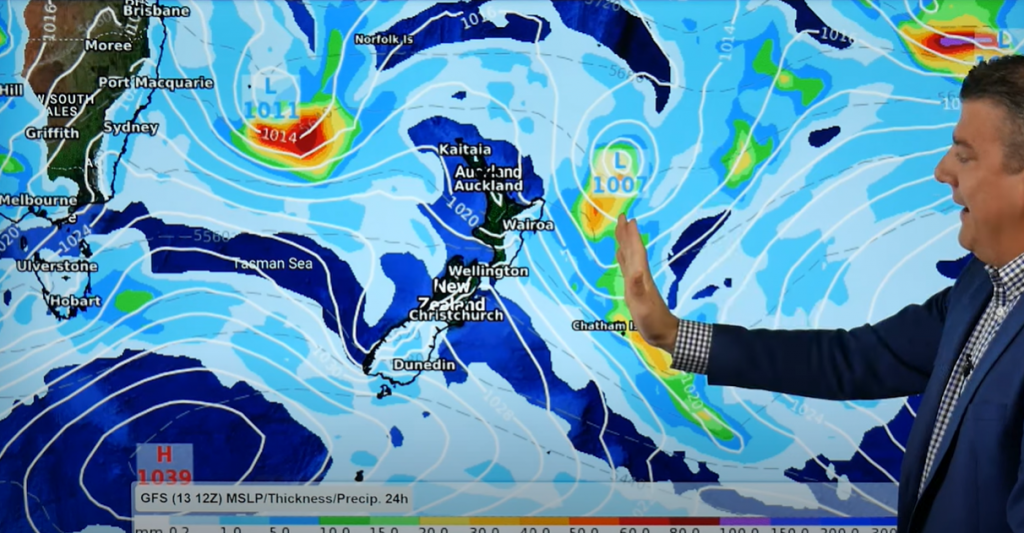 Rain for the eastern North Island looks to mostly fall at sea this week but around 50mm may still fall in Northern Hawke’s Bay and parts of Gisborne region.

High pressure dominates the country from the south this week with a cooler change coming in on Tuesday and Wednesday and Thursday morning.

Low pressure north of NZ may bring in some rain for the Far North later this week and early next week it may impact other North Island regions.