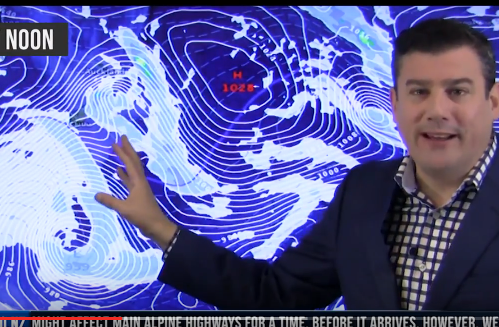 The first truly wintry blast of the year is coming, especially for the lower South Island which will see snow falling to low levels and might affect main alpine highways for a time.

Before it arrives, however, we have a sub-tropical airflow and a Tasman Sea low bringing a burst of warm rain.

The Antarctic southerly will kick in to the Deep South on Thursday PM and the winds will be strong too, gale force and above at times with a ‘feels like’ temperature below zero at times.

Day time highs will struggle to climb above the mid single digits for a number of southern main centres on Friday and Saturday at the warmest part of the day.

By Saturday the cold blast will be impacting the North Island, especially from Central Plateau southwards.

The Upper North Island will also feel the colder change by the weekend, but not as badly as the South Island.