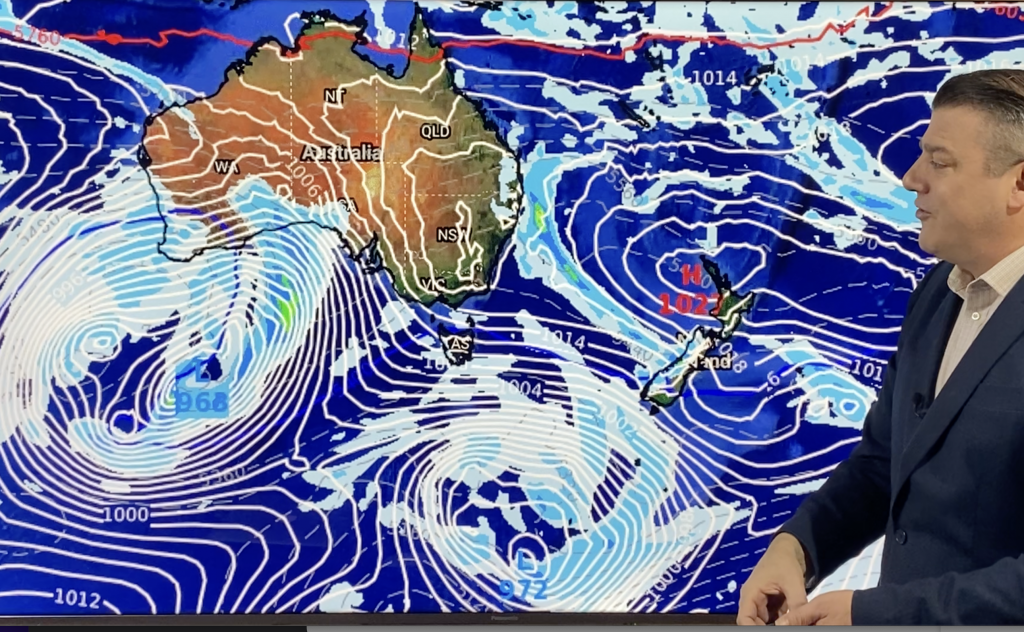 Cold fronts in NZ and frosts in parts of Australia’s eastern interior sum up the forecast for the weekend and early next week.

NZ has more wet weather in the days ahead , but it will increasingly be falling in western areas which can cope with it better than eastern areas have done recently.

Some snow is also on the way for ski fields in both islands. Aussie has a big high rolling eastwards bringing a cold Friday night in the east with frosts inland, but mild on the western side with northerlies – then windy westerlies next week.

NOTE: Thanks for the loyal support on YouTube – we just cracked 3 MILLION views in the past 365

Hi there, love the work you guys do. Just a question about the storm mentioned at the end of todays video, could be to early to tell but is that tracking towards NZ and possibly impacting NZ? Again, love the work from this website and is my goto for weather forecasts.

Hi Kane, thanks for the message and the kind words 🙂 Too early to tell where it will go specifically but it’s already quite far south, so it may bring windy westerlies and heavy West Coast rain as it brushes by. Will probably have a better idea as early as tomorrow.
Cheers
Phil D