Home > News > VIDEO: A cooler Friday for some, stormie...

VIDEO: A cooler Friday for some, stormier next week in the south 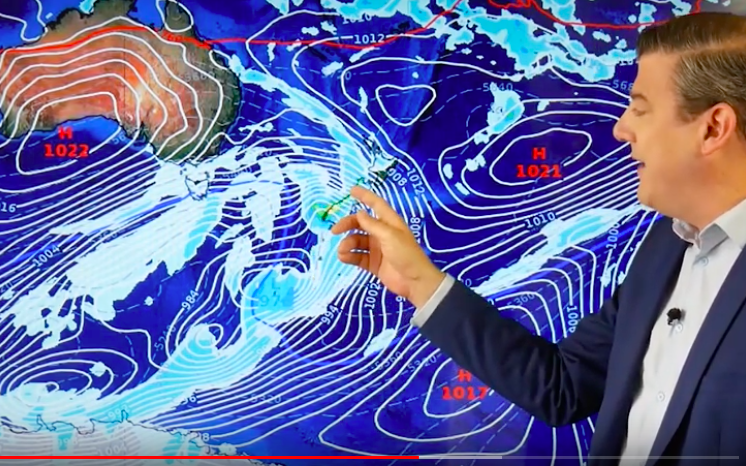 NZ remains warmer than normal but on Friday a cooler change moves up the eastern South Island dropping temperatures in coastal areas by over 12 degrees.

This weekend we see a few heavy downpours inland with possible thunder.

But next week a giant storm in the Southern Ocean will brush NZ bringing severe weather (heavy rain to the West Coast and gales through the mountains, to the east and about Cook Strait).

The North Island is further from this low and closer to high pressure – so those in the upper and eastern North Island may not be too badly affected by the Southern Ocean low next week We also take a special look at the biggest news headlines in the weather world right now.

Great videos as usual WW
Mm, Climate Change – not a concern for me and family
Have seen through all the BS and it has become, or always was, a political football to force more governance on us all
Does not take much research to see what is being kept from us regarding the lies about CO2 being the gas to end civilisation – what a joke
Any news on Tasmanian snow forecast and c oldest start to Summer for some parts of Aussie
Also historical cold to end Autumn in parts of the US
Media does like to pick and choose to suit the agenda