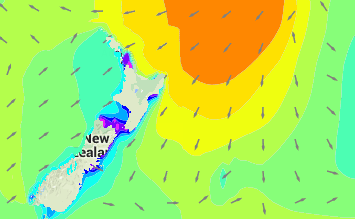 Ex-tropical cyclone Victor was so intense a few days ago it generated swells which are now hitting the North Island’s eastern coastline.

While Victor is no longer a storm, it is still working in tandem with a large high to keep these east to north east swells coming in.

While the ex-cyclone will weaken even more once it gets closest to East Cape, it may then redevelop into a cold centred low.  What does that mean? It means it might linger off New Zealand’s east coast for another week – bringing those swells, larger waves, and dangerous rips and currents down into the South Island too – and keeping them between Gsborne and Wairarapa a bit longer.

Victor’s remnants look likely to organise themselves into a larger low in a few to several days time – which means sea conditions between Gisborne and Canterbury may not ease quickly – but the low should also be far enough east to see some easing of swells for other areas.

Use your common sense when heading out in the sea or swimming in the beaches – and check marine forecasts before leaving home.

Here are the Swell Maps for 1pm each day this week and weekend – provided by the team at Swellmap.co.nz 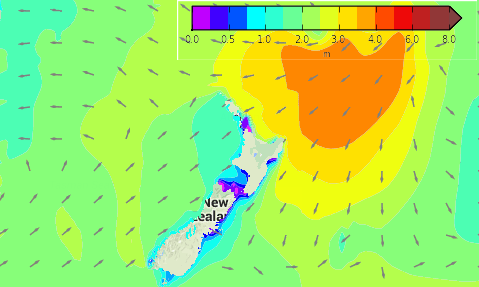 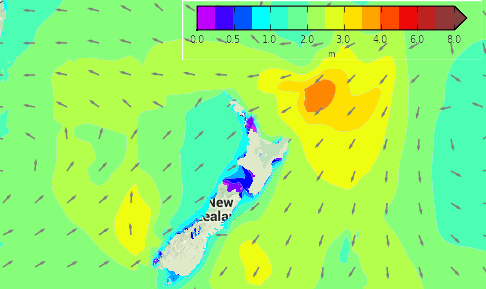 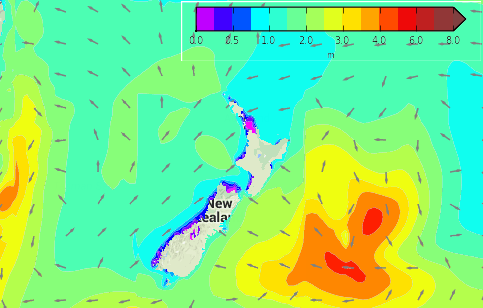 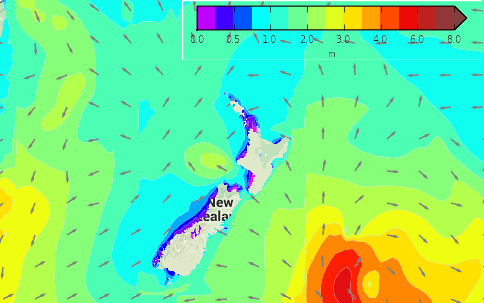 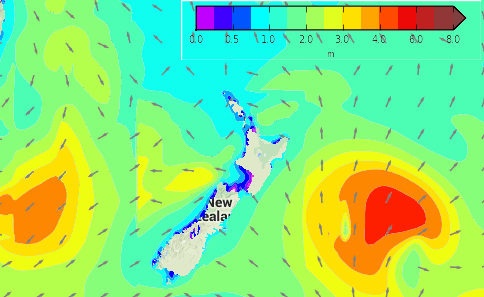 See the MAPS section of our app or website for the latest swell maps brought to you by the team at www.Swellmap.co.nz

so all cyclones are going out east PAM now VICTOR are you saying …..i thought some one was going to be taught a lesson hahaha