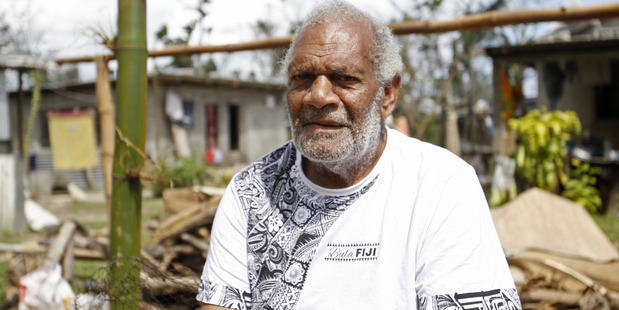 The roof from what was once the home of principal Melizabeth Uhi and her staff is now folded over branches high in the trees that border her school. She’s living with two other teachers in the only classroom that’s still habitable. And she’s running low on the rice she had before Cyclone Pam’s 270km/h winds tore through Vanuatu a week ago.

But Ms Uhi is moving forward. She’s helped organise a community clean-up of the Manua Centre School grounds on the main island of Efate and is determined her 314 students will return to school soon.

People are focused on the task of rebuilding and signs of progress are everywhere. The road that rings the main island is now accessible to all vehicles after temporary repairs to bridges, and the cell network that’s vital to keeping people connected is gradually being restored on Efate and some other islands. Crews have been repairing electricity lines and residents cutting tree trunks into fire-sized pieces.

The task remains enormous. Many outlying islands still can’t communicate with the outside world while tourism, vital to the economy, has taken a huge hit, with many operators fielding calls to cancel bookings. Throughout Vanuatu, many people still worry about basic necessities: water, shelter and food.

About 65,000 people across Vanuatu need temporary emergency shelter, according to the United Nations Office for the Co-ordination of Humanitarian Affairs, which raised the death toll from the cyclone to 17 on Saturday.

Vanuatu and other small island nations face unique challenges in recovery because of their remote location and scattered populations, says Osnat Lubrani, the UN co-ordinator for Vanuatu.

Delivering services even when there isn’t a crisis is hard and costly, she says, but “on the positive side, I think people are extremely resilient”.

Lik Simelum poses in front of his kitchen, which was destroyed by Cyclone Pam this month on the island of Efate. Photo / AP

Lubrani said the total cost of the rebuild was still unknown. Neighbours New Zealand and Australia quickly committed millions of dollars to the relief effort. Millions more have been committed by countries including France, the United States, the United Arab Emirates and South Korea. Relief agencies are also moving huge resources into the region.

But for school principal Ms Uhi the response can’t come soon enough. Tents have come from World Vision but more help is needed. “I really want the children to be able to go back to school.”