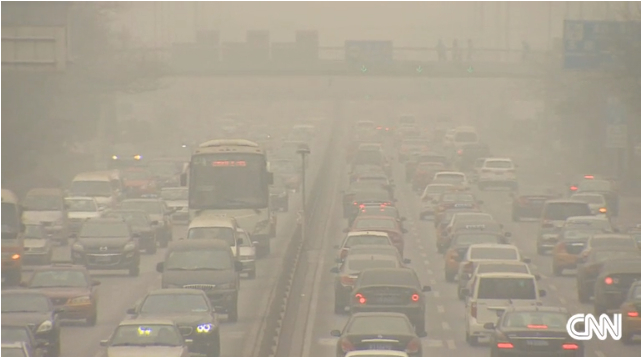 At the end of a trade summit in China, U.S. President Barack Obama announced a climate change agreement with Chinese President Xi Jinping that would cut both countries’ greenhouse gas emissions by close to a third over the next two decades.

Under the agreement, the United States would cut between 26-28% of the level of its carbon emissions set in 2005 by 2025, and China would do the same by 2030. The administration hopes the announcement by the two superpowers will spur other nations to do the same. The White House said the ultimate target is to “achieve deep economy-wide reductions on the order of 80% by 2050.”

A senior administration official calls the goals both “ambitious and achievable,” but also acknowledged that U.S. domestic politics could put a damper on the announcement. Saying “leading climate deniers” in the GOP might try to stop the initiative, the official hinted the President may act alone if necessary.

“Congress may try to stop us, but we believe that with control of Congress changing hands we can proceed with the authority we already have.” The official added, “This is really the crusade of a narrow group of people who are politically motivated and have made this a cause celebre, but we believe we will be successful.”

The administration hopes to sell the plan back home by touting the anticipated savings on energy costs. “Consumers and businesses will save literally billions of dollars” a senior administration official said. The plan offers initiatives and incentives to develop more solar and wind power across both countries, the official said.

Another official said the agreement “won’t all fall together in five minutes,” but hopes this will demonstrate to other nations that working together to reduce carbon emissions would prove that “we can work together to enhance deployment of sustainable clean technologies.”

In a statement, the White House said the announcement marks the first time China has agreed to cut its carbon emissions, and said the Chinese are calling for “an energy revolution” that would include a broad economic reform program that would address air pollution. China has agreed to provide an “additional 800-1,000 gigawatts of nuclear, wind, solar and other zero emission generation capacity by 2030, more than all the coal-fired power plants that exist in China today and close to total current electricity generation capacity in the United States.”

During the President’s visit, the Chinese government closed factories and gave employees time off to reduce car traffic and, ultimately, emissions in Beijing. The reduction of smog and the appearance of blue skies was noted by media throughout the APEC Summit.

Another senior administration official said that historically, the United States and China have often been seen as antagonists, so this “should send a powerful message,” and “will usher in a new day, where the U.S. and China can work as partners.”

On top of historic climate change agreement, Obama and Xi also agreed on the importance of cybersecurity, the denuclearization of the Korean peninsula, strengthening military relations and increasing trade.