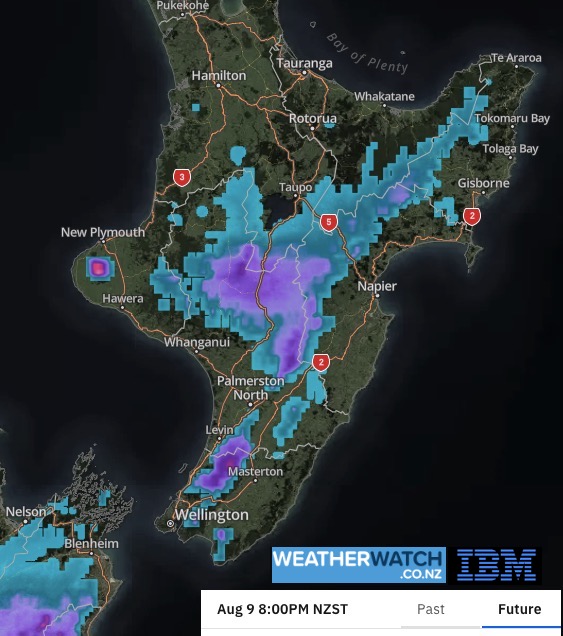 While most New Zealanders can already feel the temperature drop, the upper North Island actually leaned a little milder for Sunday, but by tomorrow it will be below normal as far as maximum temperatures are concerned, with only the exception of the West Coast which will have normal daytime highs for this time of year (protected by the Southern Alps).

WeatherWatch.co.nz received reports and photos/video of snow falling in Ashburton, Darfield, Timaru, Springfield, Arthur’s Pass, Geraldine, Oxford, Temuka, Fairlie but missed Christchurch despite some sleeting falls going that low. Based on the latest data it doesn’t look as though snow flurries will settle at sea level or be significant, also likely mixed in with rain.

The North Island is expected to get snow on the ranges and mountain tops of Waikato and Coromandel Peninsula, also the Gisborne Ranges.

Hail is likely in Wellington and isolated light snow flurries or a rain/snow mix may make it in to some higher up suburbs – but won’t likely settle if it does fall. Amounts will be very low if at all.