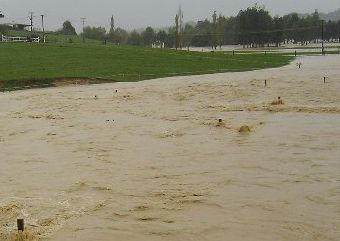 Last week WeatherWatch.co.nz – as part of our monthly regional forecasts for Fonterra – mentioned a risk of heavy rain in the second week of August for northern New Zealand.

Many of the models we trust were showing a slow moving rain band, once again being held up to the east of Northland by a large high.

With the first week of August nearly finished we thought it was time to update again – and the news looks more positive for those hit by flooding.

“Around the 11th or 12th of August we still see a slow moving band of rain moving in to northern New Zealand from the Tasman Sea.  This band of rain isn’t overly large but does have some sub-tropical elements to it” says head weather analyst Philip Duncan.

“It’s one to monitor but at this stage it doesn’t look too ominous.  It has some potential to create a few localised heavy falls”.

Mr Duncan says some surface flooding is more likely than serious flooding from this rain event next week – and some areas may not receive much at all due to its patchy nature.

High pressure behind the front should improve conditions for Northland by the end of the 12th.