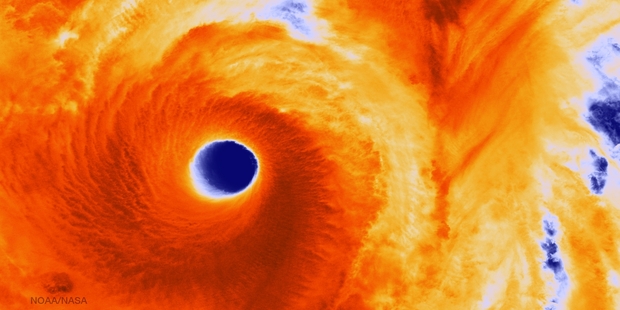 A powerful typhoon poured heavy rains over Japan’s southern island of Okinawa and was aiming at the next island of Kyushu on Sunday, becoming the second severe storm to hit in a week.

At least 35 people have been reported injured in Okinawa and Kyushu, where authorities told 150,000 people to evacuate, as the typhoon toppled trees, flooded streets and cut power to more than 60,000 homes.

Typhoon Vongfong, packing winds of up to 180 kilometers (110 miles) per hour, has been downgraded from a “super-typhoon” and was on course to reach Kyushu by Monday. Japan’s Meteorological Agency said it could reach the Tokyo area Tuesday, gradually losing strength as it moves up the archipelago.

Last week’s typhoon killed three US airmen who were washed out at sea in Okinawa, home to about half of the roughly 50,000 American troops stationed in Japan.

The US military instructed service personnel and their families to remain indoors Sunday until strong winds and rain subsided and said crews were out to assess damage, including broken glass and toppled power lines.