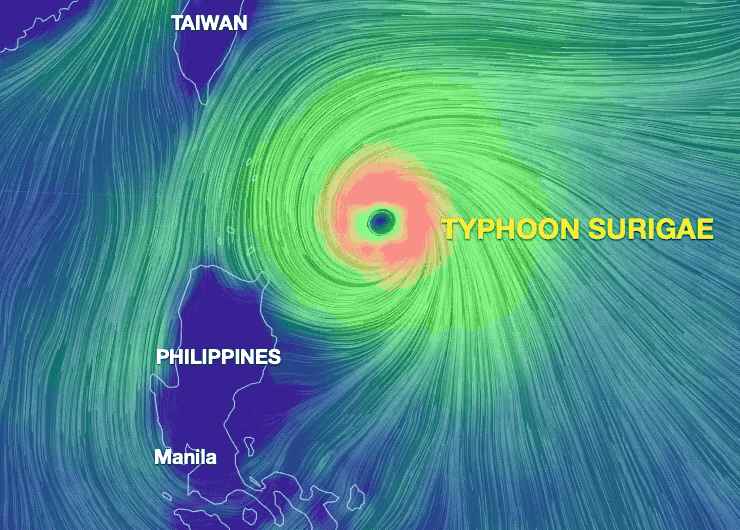 The storm, which became a Super Typhoon, nearly made a direct hit on the Philippines from the east but stopped just short of the nation and only brushed the eastern side.

Surigae is now tracking north of the nation and will move north east further out to sea in the days ahead (this will spare Taiwan).