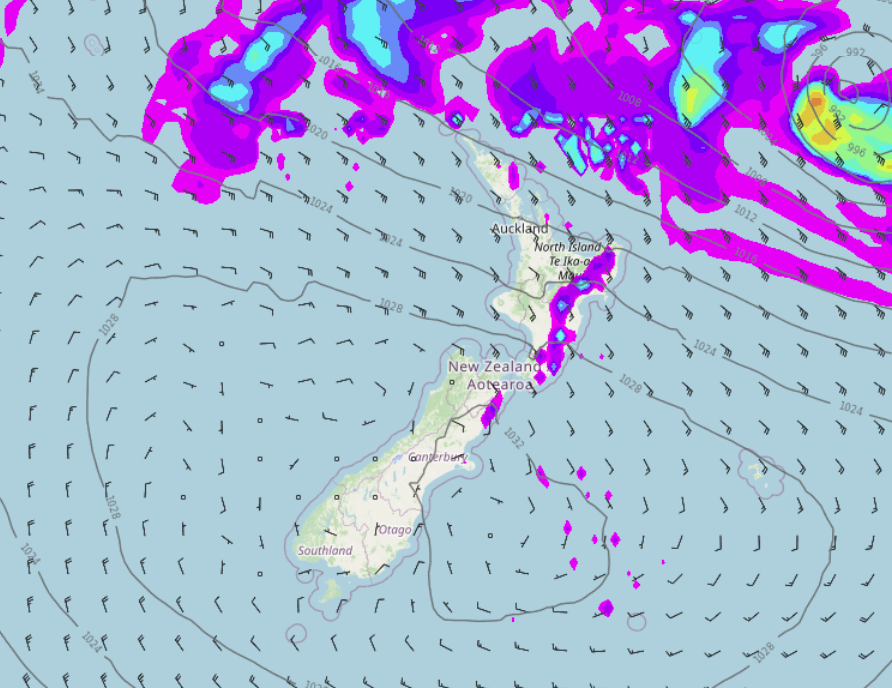 A gusty southeasterly airflow over the North Island gradually eases today, mainly in the south. Mainly settled for the South Island due to high pressure.

Any showers this morning Banks Peninsula northwards for the eastern South Island clear. The North Island sees showers in the east, mainly dry in the west apart from Coromandel through to eastern Northland which sees showers.

Northland, Auckland, Waikato & Bay Of Plenty
A mostly cloudy day although some sun will break through from afternoon Auckland southwards. Showers at times about Coromandel through to eastern Northland. Breezy southeasterly winds, strong about eastern coastal areas.
Highs: 16-18

Eastern North Island
A cloudy day with showers and fresh southeasterlies, drying up about Wairarapa in the evening. Gisborne may see rain at times especially morning.
Highs: 12-15

Canterbury
Sunny however Banks Peninsula northwards may see morning cloud, perhaps even a light shower then clearing to mostly sunny weather in the afternoon. Light winds inland, east to northeast winds pick up a little after midday near the coast.
Highs: 8-11

Southland & Otago
Sunny after a frosty start, there may be some high cloud later in the day. Light winds for most, afternoon northeasterlies for coastal Otago.
Highs: 8-10