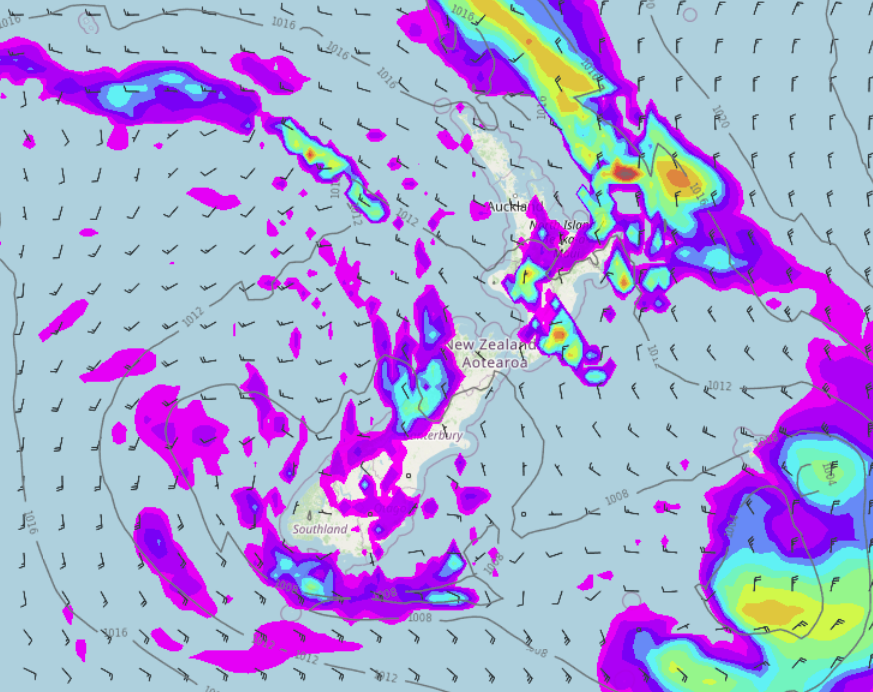 A broad area of low pressure centred over the South Island today brings a bit of dreary weather to New Zealand, mainly in the form of rain or showers for western regions and in the far south.

Western North Island (including Central North Island)
Mostly cloudy, there may be a spit or shower at times. Northwesterly winds.
Highs: 15-18

Wellington
Mostly cloudy, there may be a spit or shower, mainly about Upper Hutt, the risk increases later in the evening / overnight and becoming a bit more widespread as northwesterlies change southerly.
Highs: 16-17

West Coast
Showers, rain about South Westland spreads into North Westland for a time around midday then easing back to showers again. Northeasterly winds.
Highs: 12-15

Southland & Otago
Scattered rain or showers, light winds tend to the southeast in the afternoon.
Highs: 11-12